I couldn’t think of laying down my life for the ….UN. 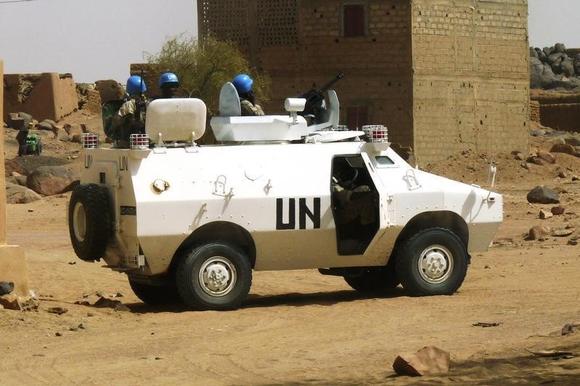 UN peacekeepers patrol in the northern town of Kidal, July 17, 2013.

(Reuters) – Nine United Nations peacekeepers in Mali were killed when heavily armed gunmen on motorbikes ambushed their convoy on Friday, the deadliest attack yet on U.N. troops in Mali, the mission said.

The attack on the peacekeepers from Niger took place in the region of Gao and highlighted a sharp increase in strikes on foreign troops based in Mali to prevent the return of al Qaeda-linked Islamists who seized the desert north in 2012.

“I am horrified by this cowardly act of terrorism … Once again, lives have been lost today in the name of peace in Mali,” Arnauld Akodjenou, deputy head of the U.N. mission known as MINUSMA, said in a statement.

U.N. spokesman Olivier Salgado said the attack took place between the northeastern towns of Menaka and Ansongo. There were no reports of further U.N. troops being injured.