Jihadi barbarians with a short fuse. Who knew?

Is it IS, ISIS, ISIL or maybe Daesh? 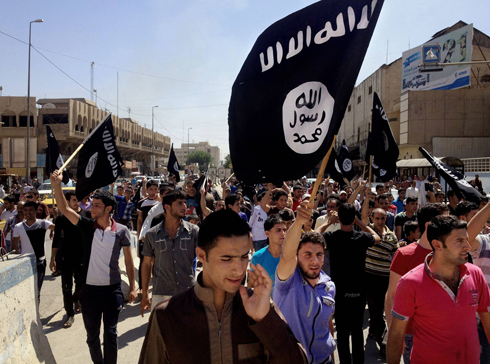 While Israel and Arab states use Arab acronym Daesh, most world knows radical Islamist force as either ISIS or ISIL, but PR-savvy terror group prefer you drop the specifics and just stick with Islamic State.

Propaganda has been one of the core strategies of the Sunni militant group in Syria and Iraq that today calls itself the Islamic State – and its name is very much a part of that.

In July, the group’s leader, Abu Bakr al-Baghdadi, announced its rebranding. He declared that the territory under his control would be part of a caliphate, or an Islamic state, shortening its name from Islamic State of Iraq and the Levant, or ISIL – the acronym used by the Obama administration and the British Foreign Office to this day. The Levant can refer to all countries bordering on the eastern Mediterranean, from Greece to Egypt.

Different translations for the name of the al-Qaeda splinter group have emerged since the early days of its existence.

Some have chosen to call it the Islamic State of Iraq and Syria, or ISIS. The final word in Arabic – al-Sham – can be translated as Levant, Syria, or as Damascus.

Arab governments have long refrained from using Islamic State, instead referring to it by the Arabic acronym for its full original name, Daesh – short for Dawlat al-Islamiyah f’al-Iraq w Belaad al-Sham – Israel and its leaders also use the Arabic acronym.

Several residents in Mosul, Iraq’s second-largest city which fell to the extremist group in June, told The Associated Press that the militants threatened to cut the tongue of anyone who publicly used the acronym Daesh, instead of referring to the group by its full name, saying it shows defiance and disrespect. The residents spoke anonymously out of fear for their safety.