It’s very difficult to dredge up any sympathy for the woman. It’s not like there isn’t enough available information out there to discourage any non-Muslim woman from marrying a Muslim, let alone converting to the mohammedan creed. That she’s an Israeli, already having to deal with the unpleasant thought that hundreds of millions of Muslims want her dead, then she goes ahead and marries one of them?

Muslim Man Threatens to Blow Up his Jewish Wife in Eilat 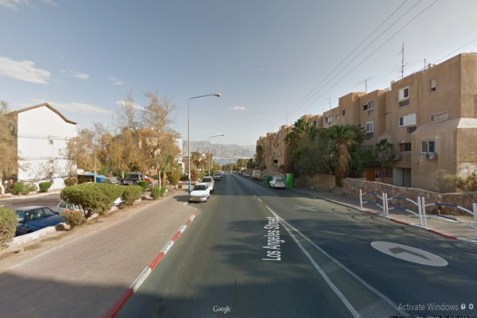 Charges have been filed against a Muslim man (21), originally from the neighborhood of Issawia in Jerusalem, for threatening to blow up his pregnant wife with a bomb. The woman is Jewish and converted to Islam, according to a report on Erev Eilat News.

The couple moved to Eilat a year ago.

After getting into a fight in their apartment on Los Angeles Street, the man cursed and threatened his pregnant wife. The woman, fearing for her safety, pulled out a knife to defend herself. The husband took the knife away and hit her in the face.

The woman then escaped the apartment and went to stay with a friend.

Her husband found her two days later, and threatened to blow her up with a bomb.