(ANSAmed) – CAIRO, SEPTEMBER 4 – Ansar Beit al-Maqdis, a jihadist group operating in the Egyptian Sinai, on Thursday claimed responsibility for an attack on soldiers two days before.

The attack near Rafah killed 11 Egyptian soldiers when a bomb exploded as their armored vehicle was passing by.

Senior security source says death of soldiers near Rafah in Sinai was caused by a bomb in tunnel under main traffic circle.

A senior security source in the Sinai peninsula has revealed that the explosion that killed 11 Egyptian soldiers on Tuesday, which occurred near the Rafah crossing to Gaza, was in fact caused by an explosive planted in a tunnel.

The source was cited by Yedioth Aharonoth as saying the tunnel was dug under the main traffic circle in the city Rafah. After the incident, and the shooting to death of an Egyptian policeman in northern Sinai on Wednesday, security forces in the region raised their terror alert.

The report about the tunnel apparently would be the first instance of a tunnel from Gaza to Sinai being used not for smuggling goods and weapons, but rather to carry out an attack, in what has been termed a “terror tunnel.”

Just on Sunday it was reported that four smuggling tunnels into Sinai from Gaza were destroyed by Egypt, bringing the total of the destroyed tunnels to 1,710. It remains unclear which group is behind the Tuesday attack, as numerous extremist groups have been active in Sinai.

Supporters of Operation Dawn, a group of Islamist-leaning forces mainly from Misrata, demonstrate against the Libyan parliament and against last week’s air strikes of rebel positions in Tripoli at Martyrs’ Square in Tripoli August 29, 2014.reuters/Ismail Zitouny

A new United Nations report released Thursday said that armed groups in Libya have indulged in widespread human rights abuses, including attacks on civilian buildings; shelling of hospitals; and abduction, torture and unlawful killings of civilians.

The report, published by the U.N. Support Mission in Libya, or UNSMIL, and the Office of the United Nations High Commissioner for Human Rights, or OHCHR, also said that, in a six-week period since July 13, nearly 100,000 Libyans have fled their homes while another 150,000 people, including many migrant workers, have left the country.

On July 13, fierce fighting had broken out between Islamist militias and the Zintan forces — loyal to General Khalifa Haftar — over the control of Tripoli International Airport. At least seven people were killed and over 30 people were reportedly injured in that attack, which has since been followed by several others as rival groups have clashed for control of key installations across the nation’s cities.

“In both Tripoli and Benghazi, all sides have been resorting to a variety of weapons in populated areas, including small arms, GRAD rockets, mortars, anti-aircraft guns, tanks and air attacks…Furthermore, with some exceptions, civilians have not been given the chance to evacuate before hostilities commenced and severe fighting has taken place in and around their houses and other places of refuge,” the report said. 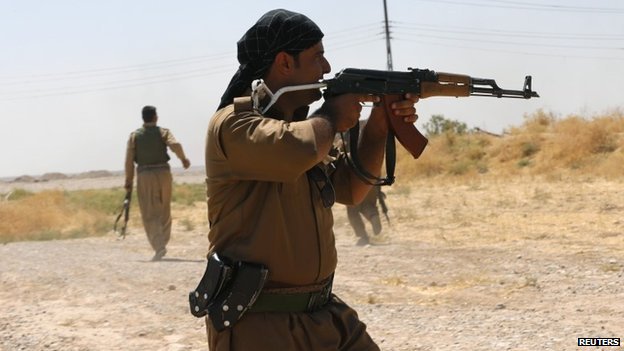 A senior Islamic State military commander in Iraq has been killed in an air strike on the northern city of Mosul, Iraqi state media report.

Iraq’s defence ministry also said a top aide to IS leader Abu Bakr al-Baghdadi had been killed in a strike on Mosul, but neither death has been confirmed.

Separately, IS fighters were reported to have kidnapped 40 men from a town in northern Iraq on Thursday.

The group has taken over swathes of Iraq and Syria in recent months.

Iraqiya TV quoted defence officials as saying Abu Alaa al-Iraqi, head of the IS military council in the city of Tal Afar, had died in an air strike.

Earlier reports on social media had suggested that al-Baghdadi himself had been killed in a separate strike on Mosul.

But the defence ministry said intelligence suggested the strike had killed one of the leader’s senior aides instead.

US forces began carrying out air strikes on IS positions in August after they took over several cities in northern Iraq. It is unclear whether the latest strikes were by US or Iraqi forces.

This file photo shows a Syrian warplane carrying out an airstrike on foreign-backed militants in the north of the country.
Fri Sep 5, 2014 5:52AM GMT

At least 18 foreign militants, including an American, from the ISIL terrorist group have been killed during an army airstrike in the eastern Syrian province of Deir ez-Zor.

The so-called Syrian Observatory for Human Rights said that the air raid was carried out in the city of Raqqa on Thursday.

It added that several ISIL Takfiri leaders were among the victims of the airstrike.

The foreign-backed opposition group also said that an undisclosed number of ISIL militants were killed in another air attack by the Syrian army in the city of Abu Kamal near the border with Iraq on Thursday.

Over the past months, the Syrian army has made major gains in its battle against Takfiri groups across the country.

Syria has been gripped by deadly violence since 2011 with ISIL Takfiri terrorists currently controlling parts of the country, mostly in the east. 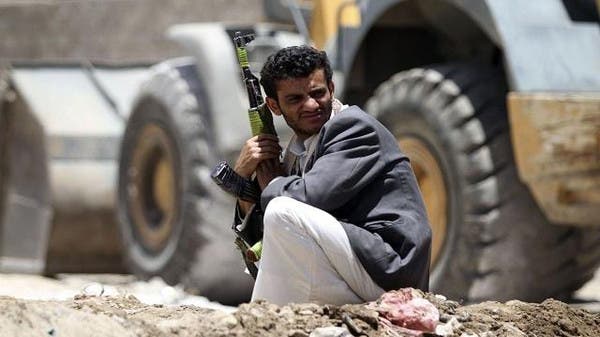 A tribal fighter carries a weapon as he squats near a bulldozer in Sanaa. (File photo: Reuters)
AFP, Sanaa
Sunday, 31 August 2014

At least 21 people were killed in weekend clashes between Shiite rebels and pro-government tribesmen in the north of Yemen, tribal sources said Sunday.

The fighting comes as the Zaidi Shiite rebels, also known as Houthis or Ansarullah, have been pressing for the government to step down and its fuel price hikes to be scrapped.

The clashes have rocked the Majzar region straddling the northern province of Al-Jawf and Marib, southeast of Sanaa, since Friday night, the tribal sources said.

The pro-government tribes are trying to “stop the rebels from advancing on Sanaa,” a tribal chief told AFP.

He said, on condition of anonymity, that Ansarullah fighters are trying to capture the Marib-Sanaa road, a key supply route for fuel destined for Sanaa. 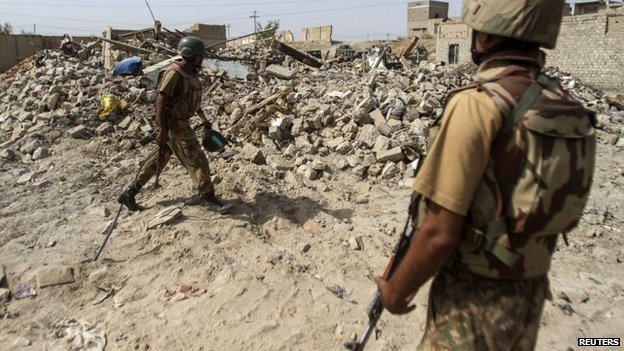 Pakistani soldiers have Miranshah and other main towns under their control

Pakistan’s military says it has killed at least 910 suspected militants since launching an offensive in the tribal area of North Waziristan in June.

Some 82 soldiers had died fighting the insurgents there and in raids across the country, the statement said.

The army said the main towns in North Waziristan, which had been a Taliban stronghold, were now under its control.

Media access is blocked in tribal areas near the Afghan border and there is no independent confirmation of the claims.

The army statement was released amid mounting anti-government protests in the capital. The military says it is not taking sides in the crisis.

The long-awaited offensive against the Pakistani Taliban finally began after the collapse of peace talks between the militants and the government.