That is what they do, it’s who they are. 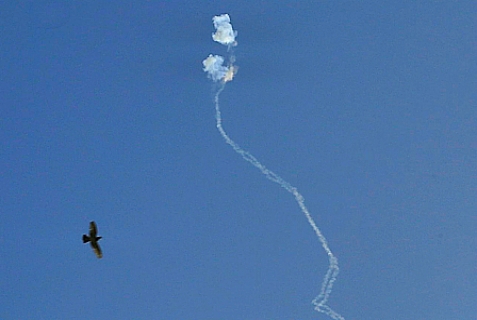 Rockets launched at Jerusalem on Sunday, Aug. 24, were “fired from a compound of three schools in Shejaiya” a neighborhood in Gaza, confirmed the IDF Spokesperson Lt. Col. Peter Lerner.

In response to the terrorists’ launch, the Israel Defense Force targeted the site and achieved a successful hit. The incoming rockets towards Jerusalem were intercepted by Israel’s missile defense system.

It appears the IDF has finally hit upon an effective way of communicating so that it is not always in a defensive role of after-the-fact explaining why it struck a particular target in an area in which civilians either reside or are sheltered, as has happened so many times during this and other conflicts. To wit: they immediately explain the basis for a particular site being targeted.