Soon to be dragged through the streets of Gaza City no doubt. Hamas executes 18 for ‘collaboration’ with Israel 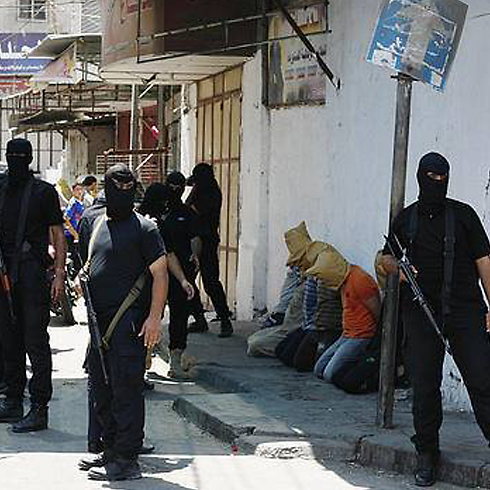 Hamas killed seven Palestinians suspected of collaborating with Israel in a public execution, after 11 others executed by gunmen at an abandoned police station earlier Friday; deaths linked to Israeli attacks on top officials.

Friday’s killings came a day after Israel killed three top Hamas military commanders in an airstrike on a house in southern Gaza Strip. Israel’s intelligence services rely, in part, on informers to pinpoint the whereabouts of Hamas leaders, andThe armed wing of Hamas has executed 18 Palestinians Friday for allegedly collaborating with Israel during the Gaza war, Gaza sources said, after a website close to the movement reported three were killed and seven arrested Thursday.

Hamas has vowed revenge for their deaths.

Hamas lining up victims for execution. 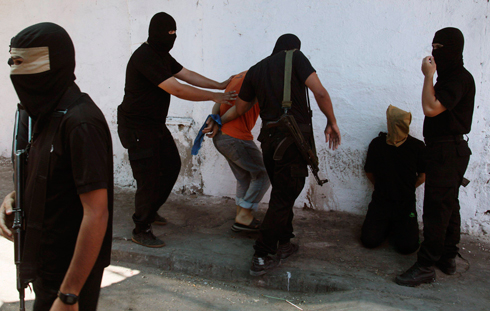 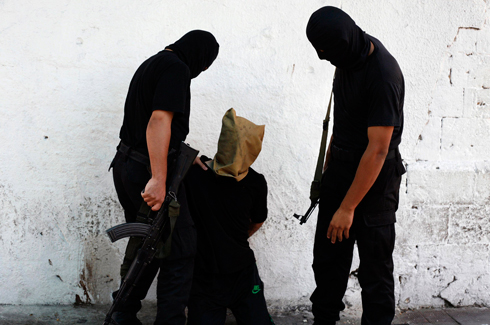 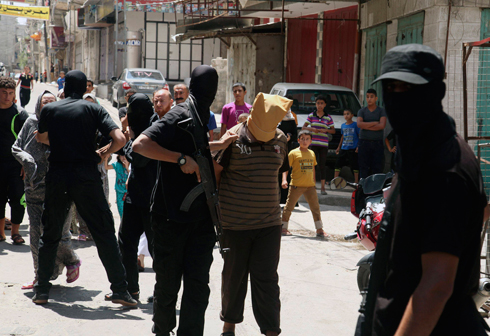 Hamas militants killed seven Palestinians suspected of collaborating with Israel in a public execution in a central Gaza square on Friday, witnesses and a Hamas website said, the first public executions in the Palestinian enclave since the 1990s.

The victims, their heads covered and hands tied, were shot dead by masked gunmen dressed in black in front of a crowd of worshippers outside a mosque after prayers, witnesses and al-Majd, a pro-Hamas website, said.Near the scene of the execution, Hamas’ men attached a note serving as a general indictment for the ‘collaborators’: “They provided the enemy with information about the whereabouts of fighters, tunnels of resistance, bombs, houses of fighters and places of rockets, and the occupation bombarded these areas killing a number of fighters… Therefore, the ruling of revolutionary justice was handed upon him,”