This is what they really look and behave like. 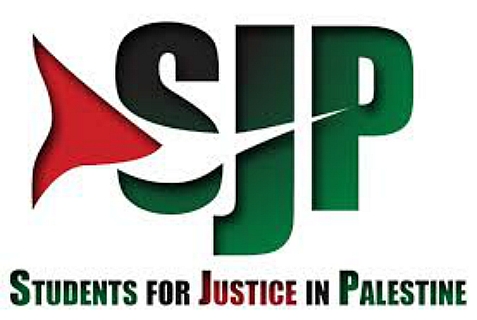 A member of Students for Justice in Palestine punched a pro-Israel student in the face at Temple University, Aug. 20, 2014
Photo Credit: wikipedia

It happened before the school year even officially began.

A group of students were seated at an organizational table at Temple University’s orientation on Wednesday, Aug. 20. The group represented Students for Justice in Palestine, and were handing out literature attacking Israel.

A Jewish, pro-Israel student, Daniel Vessal, attempted to engage in a dialogue with the SJP students, but dialogue is not what they were interested in.  Instead, they started laughing at Vessal, and calling him a “baby-killer,” according to a report at TruthRevolt.

Vessal, a campus fellow for the pro-Israel organization Committee for Accuracy in Media Reporting in America (CAMERA), told TruthRevolt that he attempted  to engage the SJP students in conversation about the conflict, but their response was simply laughter, curses, and then violence.

I said, ‘when Hamas stops sending the rockets, that’s when there can be peace. That’s when we can start.’”

“This one girl sitting at the end of the table was just laughing and laughing at me,” he explained “As she was laughing at me, people at the table were calling me a ‘baby killer,’ I said when she stops then maybe we could have a genuinely peaceful conversation.”

“And then this kid just rocks me in the face as hard as he can. My glasses flew off. After a two-second blur I had no clue what had happened.

As Vessal explained to Temple University security what happened, the SJP students were shouting at him, “Zionist pig!” Other witnesses told TruthRevolt they heard the SJP students yelling “Kike” at Vessal as he lay on the ground.

According to Vessal, Temple’s head of student activities immediately stated that the SJP table should be shut down, but Temple campus security refused, stating that the student who sucker-punched Vessal had already been sent home.

Vessal was taken to Temple University Hospital for evaluation following the assault. He intends to pursue legal action.