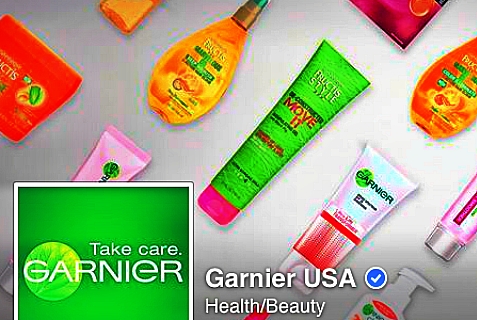 Garnier USA disassociated itself from its products being given to female IDF soldiers.

Now comes Garnier Hair Care Products, bowing and scraping and hoping all the terrorists and their enablers will forgive the company and its parent, L’Oreal Cosmetics, for having been revealed as an entity that somehow, somewhere, allowed its products to be delivered for free to women serving in the Israel Defense Force.

The message on Garnier’s Facebook page wilts of its own pathetic weight. It posted the following:

Garnier USA is aware of recent activity in social media. It is very important to us that our fans know that “Garnier worldwide promotes peace and harmony and has a strict policy of not getting involved in any conflict or political matter. Garnier was astonished to discover this in social media. After investigation, the hand-out of about 500 products appeared to be part of a one-time local retailer initiative. Garnier disapproves of this initiative managed strictly at local level and is very sorry to have offended some of its fans.”

But wait. There’s more to this story. For while it is true that certain companies fall prey to the heavy-handed intimidation of terrorist supporters and Israel haters, it seems Garnier may have the yellow streak in its genes.

Recent reports exposed Garnier’s dirty little secret: its products were being given to female IDF soldiers.

Garnier is a subdivision of L’Oreal, the French cosmetics company. During World War II, L’Oreal supported and hosted the French La Cagoule organization, which was affiliated with the MSR – the Social Revolutionary Movement – in Occupied France.