The trend combining the jilbab, or Muslim headscarf, and tight-fitting clothes that accentuate women’s assets has drawn the ire of conservatives and a religious edict from the country’s highest authority on Islam. 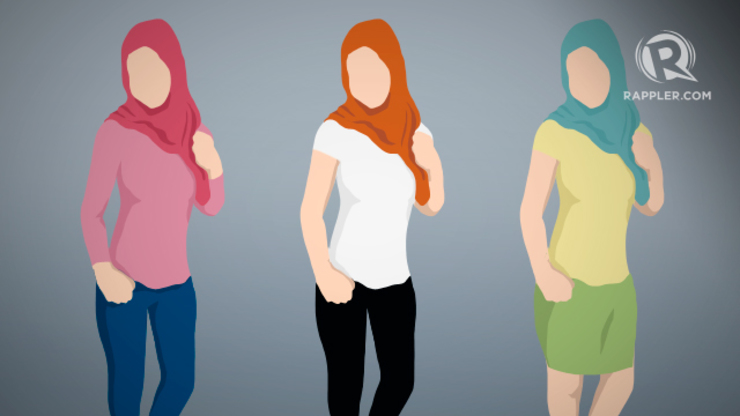 HARAM. The Indonesian Council of Ulema (MUI) says wearing a jilbab, or headscarf, but with tight clothing – a trend dubbed jilboobs – is forbidden.

JAKARTA, Indonesia – In Muslim-majority but secular Indonesia, the government does not regulate clothing for Muslim women the same way Islamic countries do. You can find Muslim women either fully covered from head to toe, dressed in a revealing tank top and miniskirt, or somewhere in between.

But a trend combining the conservative and the revealing dubbed “jilboobs” has drawn the ire of conservatives and a fatwa, or religious edict, from the country’s highest authority on Islam.

Drawn from the words jilbab, or the Muslim headscarf in Indonesia, and, well, boobs, the word refers to a Muslim woman who wears a headscarf and a tight-fitting shirt or dress that emphasizes their assets.