Want to solve a part of the Arab-Israel conflict? Then don’t rebuild Gaza…
By: Shalom Bear
Published: August 6th, 2014 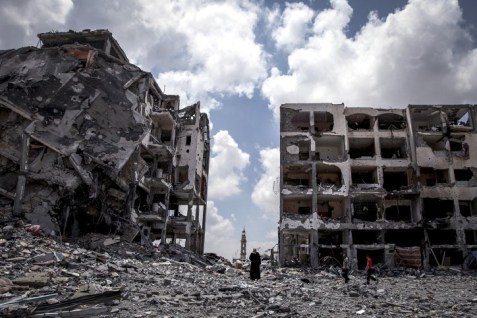 It’s always the same thing, and everyone chooses to ignore the lessons each time.

President Obama did everything in his power to save the Hamas Jihadis, I don’t know why, except that he and the State Department want them as the legitimate representatives of the Gazan people.

But Hamas is evil. Hamas is Jihadi, like ISIS and Al Qaida.

And as long as evil like Hamas exists, an evil that vows to destroy Israel, this cycle will simply play out again.

It’s time to acknowledge what has been published on these pages before – two states on this side of the Jordan river is a recipe for unending war.