I know many Israelis, present company included, and the common trait between them is their ability to carry on during stressful times.

They (Israeli Jews) know that the Arabs hate them, the anti-Semitism emanating from their media, mosques, and murderous violence from their terrorist wings is a daily occurrence. They hate the vitriol and violence, but they are stoic about it, at least most are (many of those who are not, join the anti-Israel din in the vain notion that they’ll somehow be liked, meaning no longer hated).

NOTE: This article by Dr.Gerstenfeld: “In Jerusalem, While Our Soldiers Fall”, has been published in Times of Israel, and republished here with the author’s consent. 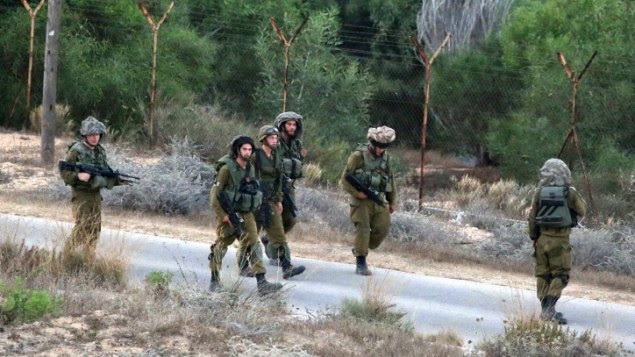 IN JERUSALEM WHILE OUR SOLDIERS FALL

One of the very few Norwegian papers friendly to Israel asked me to write to them regarding how I manage my daily duties as the conflict in Gaza goes on. Do I do my shopping and do I feel secure? Do I visit friends? Do I go to restaurants and so on.

Answering these questions has forced me to take a closer look at my daily routine. Unlike before, now I feel compelled every hour to look at a Hebrew website which gives the latest news updates. I worry about our soldiers and in particular about a student of mine who has been mobilized and is in or near the Gaza strip. As he cannot use his telephone, he has found an original way to let me know that he is OK. Whenever I post an article on Facebook, he puts in a “like.”

One has some connections with those who have fallen or are wounded.  I have known the grandfather of one of the three kidnapped and murdered Israeli youngsters very well, and for many years. In the fighting, the son of one of my eldest son’s friends was severely wounded in his arm. I don’t know that boy, but I know his father. A few days ago, the synagogue informed us that a soldier from our neighborhood had been killed.

We have had a number of alarms for approaching rocket fire aimed at Jerusalem but that bothers me less. I go into the stairway of the house, and meet some of my neighbors. We do not have enough time to reach the bomb shelter of our building.

The number of incoming emails has greatly increased. Friends and contacts write to me from abroad describing the anti-Semitic incidents that take place in their countries and about anti-Israeli demonstrations taking place, which are indirectly support demonstrations for the Islamo-Nazi movement Hamas. To help me answer questions from journalists, I spend a large part of my time analyzing the flow of news. I also prepare the groundwork for future articles about what we have learned in recent weeks regarding Europe and its Muslim population. Issues concern not only the increasing anti-Semitism and the vilification of Israel, etc., but also the emergence of the supporters of genocidal Islam in the public domain of European countries. Until now, this threat to Jews and Western civilization had mainly found its expression in the departure of Muslim volunteers to join the jihadis in the Middle East.

There are incidents that take place in or near Jerusalem. Groups of Arabs protest violently, some attack Jews, others vandalize parts of the light rail system. I learn about these events, however, from the media. One also reads about Arabs who are joyful and celebrate when the sirens go off, sirens warning us about Hamas rockets approaching Jerusalem.

One of my upstairs neighbors rings my bell. She is shocked about the anti-Semitic experience of a ninety year old lady, a family member in Antwerp, who has fractured a rib. Her son called the medical hotline but the physician who answered refused to come. He said something like, “go to Gaza for a few hours, then the pain will pass.” Physicians have to take the Hippocratic Oath – which this doctor has broken. I reflect about the enormous contrast between the Belgian doctor and the Israeli physicians who, over the years, have treated many Palestinians, including murderous Palestinian terrorists. My neighbor told me that she found the story to be unbelievable. I reacted that in the Europe of 2014, nothing is unbelievable.

Contrary to Southern Israel, where most of the rockets fall, daily life in Jerusalem is relatively normal. In the past two weeks I have frequently eaten out with people from abroad or with one of my grandchildren. A few days ago I met up with two people from Finland. The day before, I took my granddaughter out for dinner. She had just returned from summer camp, where they also had a number of siren warnings. I do my usual limited shopping in the supermarket.

When I take my eldest son’s family out for lunch, my daughter in law tells me about one her friends who went for a condolence visit to the mother of a fallen soldier. The mother said, “My son was standing behind a vehicle which protected him. An Arab woman came toward him with her hands lifted. He decided to let her pass. To do that, the vehicle had to be moved. The Arab woman passed through, and at that moment an Arab sniper shot and killed my son”. The mother concluded sadly, “I educated my son to be a decent human being and he was killed because he was just that”.

On Friday night I am invited by friends for dinner with a prominent American Jewish leader. One of the guests is a journalist who writes for an Italian daily. As a result of telling the truth about how Hamas behaves, she receives death threats from Italy. All eight of us at the table agree: we have reached, sooner or later, the conclusion that the Oslo Agreements of 1993 with the PLO were a dramatic mistake on the part of Israel’s leaders at the time.

When the Sabbath is over I read on the Internet the news in Western European media. One of the two chief rabbis of the Netherlands, Rabbi Binyomin Jacobs, has told the media that many Dutch Jews wonder whether or not there is a future for them in the Netherlands. When I was a student, and he was a child, I taught him at the Hebrew Sunday school. That was a time when Dutch Jewish leadership was thinking about building the future of the community. Now the Dutch Jewish community thinks about whether or not it will be destroyed.