Imagine that this guy was at one time crawling around Europe. 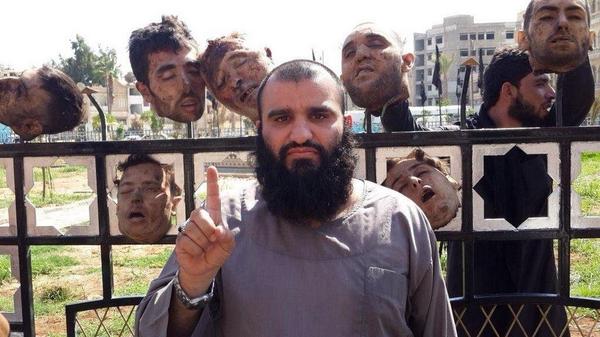 The Dutch jihadi, Khalid K., born in Almere, who calls himself Abu Abdulrahman al Iraki, has put a picture of himself with a number of severed heads.  He departed in 2011 for Syria, and was wrongly thought to have been killed there.