CNN journalist, reporting from border with Gaza, refers to some Israelis as “scum,” then deletes tweet.
By: Lori Lowenthal Marcus
Published: July 18th, 2014 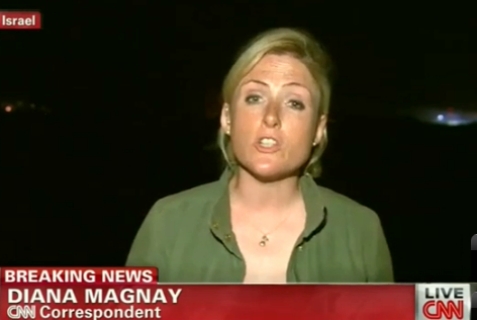 CNN international correspondent Diana Magnay hurriedly deleted a tweet she sent out referring to Israelis as ‘scum.’ But she did not delete it before 247 others retweeted it, and 49 favorited it. And then the retweets were retweeted, and now it’s all over the globe.

So why did Magnay refer to some Israelis as ‘scum’?

She is covering the Gaza-Israel conflict, and is in Sderot, which is on the border with Gaza. Her tweet explains it all: