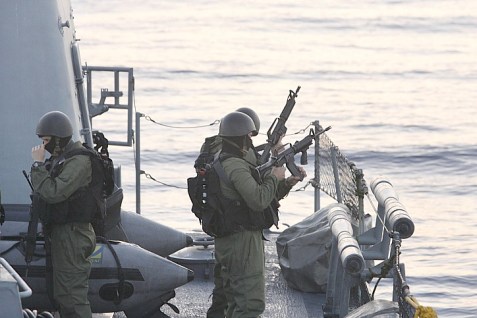 Long-range rockets were being shot at Israel from the facility.

During the raid, Hamas terrorist opened fire on the IDF commandos. There are reports that at least 3 Hamas terrorists were killed in the shootout that ensued.

The IDF spokesperson reports that in the raid, 4 IDF commandos were lightly injured in the gun battle, and were evacuated to a hospital.

The spokesperson also reports that the long-range rocket facility was hit and damaged in the attack.

Presumably, the IDF sent in Special Forces, instead of bombing the rocket launch site from the air, is that it likely Hamas embedded the rocket launchers into a facility held a lot of civilians, and Israel is trying to do everything it can to minimize Gazan civilian casualties, while Hamas is trying to maximize Gazan civilian casualties, using them as Human Shields.

We wish our injured soldiers a Refuah Shleimah, a complete recovery