More sunnis into a resurgent shiia enclave that has driven out its Christian majority, what could go wrong?

Syria refugees set to exceed a third of Lebanon’s population 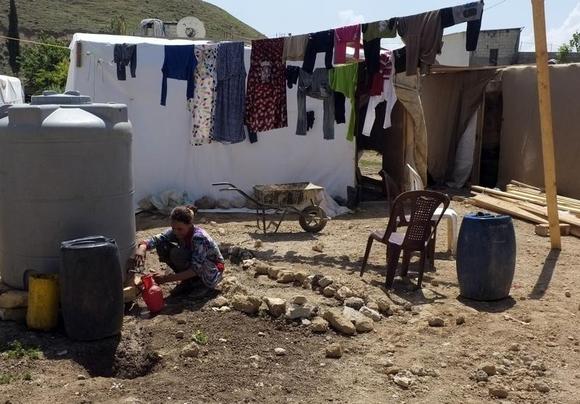 A Syrian girl fills a water container at a refugee camp in the town of Anjar in Lebanon’s Bekaa valley May 22, 2014.

(Reuters) – Lebanon faces the threat of political and economic collapse as the number of refugees pouring in from Syria is set to exceed a third of the population, Social Affairs Minister Rashid Derbas said on Thursday.

Derbas said the total was expected to hit 1.5 million by the end of the year, an excessive burden for a country of just 4 million people.

He said the influx of refugees fleeing Syria’s civil war will have cost Lebanon’s already fragile economy around $7.5 billion between 2012 and 2014. Border communities hosting Syrian refugees were under particular pressure because of the increase in people willing to work for low wages.

“Unemployment doubled, especially among unspecialized or unskilled labor in those mostly poor areas,” he said, warning that the refugee crisis “threatens to take us to an economic, political and even security collapse.”

The turmoil next door has not only hurt Lebanon’s economy, but has aggravated sectarian tensions and fueled violence. It currently hosts around 1.1 million registered Syrian refugees.