These defence running, obstruction of justice,  serial liars, should all be tossed into the clink. This scandal reaches the highest office in the land, and if not for the fake media guarding this president, Obama would be in even hotter water than Richard Nixon.

The agency had a legal obligation to retain the records it lost.

The IRS is spinning a tale of bureaucratic incompetence to explain the vanishing emails from former Tax Exempt Organizations doyenne Lois Lerner and six other IRS employees. We have less faith by the minute that there is an innocent explanation for this failure to cooperate with Congress, but even if true it doesn’t matter. The IRS was under a legal obligation to retain the information because of a litigation hold.

In 2009 a pro-Israel group called Z Street applied to the IRS for tax-exempt status. When the process was delayed, an IRS agent told the group that its application was undergoing special review because “these cases are being sent to a special unit in the D.C. office to determine whether the organization’s activities contradict the Administration’s public policies.” In August 2010 Z Street sued the IRS on grounds that this selective processing of its application amounted to viewpoint discrimination. 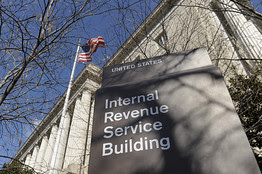 Under the Federal Rules of Civil Procedure and legal precedent, once the suit was filed the IRS was required to preserve all evidence relevant to the viewpoint-discrimination charge. That means that no matter what dog ate Lois Lerner’s hard drive or what the IRS habit was of recycling the tapes used to back up its email records of taxpayer information, it had a legal duty not to destroy the evidence in ongoing litigation.

In private white-collar cases, companies facing a lawsuit routinely operate under what is known as a “litigation hold,” instructing employees to affirmatively retain all documents related to the potential litigation. A failure to do that and any resulting document loss amounts to what is called “willful spoliation,” or deliberate destruction of evidence if any of the destroyed documents were potentially relevant to the litigation.

At the IRS, that requirement applied to all correspondence regarding Z Street, as well as to information related to the vetting of conservative groups whose applications for tax-exempt status were delayed during an election season. Instead, and incredibly, the IRS cancelled its contract with email-archiving firm Sonasoft shortly after Ms. Lerner’s computer “crash” in June 2011.

In the federal District of Columbia circuit where Z Street’s case is now pending, the operating legal obligation is that “negligent or reckless spoliation of evidence is an independent and actionable tort.” In a 2011 case a D.C. district court also noted that “Once a party reasonably anticipates litigation, it must suspend its routine document retention/destruction policy and put in place a ‘litigation hold’ to ensure the preservation of relevant documents.”

The government’s duty is equally pressing. “When the United States comes into court as a party in a civil suit, it is subject to the Federal Rules of Civil Procedure as any other litigant,” the Court of Federal Claims ruled in 2007. The responsibility to preserve evidence should have been a topic of conversation between the IRS chief counsel’s office and the Justice Department lawyers assigned to handle the Z Street case.

As it happens, the IRS also had a duty to notify Congress if it learned that discoverable evidence had been lost or destroyed. We now know that the IRS has been aware of Lois Lerner’s lost emails since at least February, but IRS Commissioner John Koskinen failed to mention this in his congressional testimony on March 26, saying instead that the IRS was fully cooperating with congressional requests.

Since the email destruction story broke, the IRS has pushed the narrative that losing or recycling emails was no big deal for the agency that wields the government’s fearsome taxing power. The agency isn’t nearly as cavalier about the responsibilities of groups whose tax status it handles.