So sad to see that once beautiful city (where I worked) turned into an Islamic hell hole. 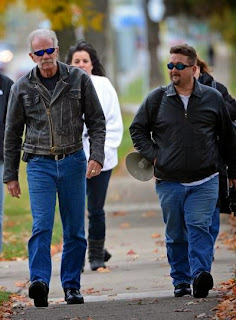 The Florida native is expected to be the featured guest speaker June 14 at the Dearborn Freedom Rally, an event held by the American Patriotic Bikers, according to an announcement by Stand Up America Now, the activist group Jones founded.

In a previous announcement, the organization said Jones was going to speak at Camp Dearborn in Milford. However, Jones said he will be speaking from the grassy area in front of the Islamic Center of America (ICA), a mosque on Ford Road.The event was planned specifically for Flag Day, he said, and will include a motorcycle parade through the city before a presentation and his speech in front of the mosque, which will focus on the First Amendment and Sharia law. “It’s also on how Islam is not compatible to Western society because of its lack of freedom in thinking, thought and expression,” he said.