It’s not a real condemnation when they’re prodded into responding.

And they’re not even doing that. 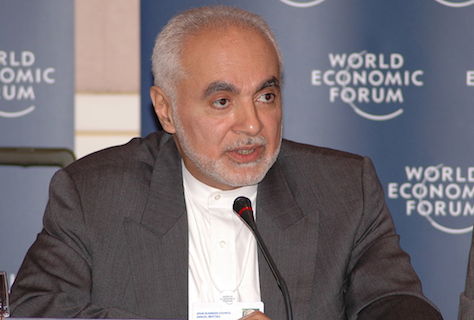 “Moderate” Islamic groups have remained silent on the murder of four people at the Brussels Jewish Museum on Saturday.

In contrast to Jewish groups, which have roundly denounced price tag vandalism in response to nearly every incident, as of this writing not one major Islamic organization in Europe, North America, Australia or the Middle East has condemned the yesterday’s murders in Brussels.

Non-Jewish leaders in Belgium spoke out immediately about the attack.  Prime Minister Elio Di Rupo said, “Our country and all Belgians, regardless of their language, their origin or their beliefs, are united together to face this despicable attack on a Jewish cultural center.”

The country’s Interior Minister, Joelle Milquet, spoke out immediately upon hearing about the attack. Belgium would  “apply to a maximum level of protection to Jewish sites,” he said.

While many left-wing activists, including the Haaretz daily, cautioned that “it is too early to jump to conclusions aver the identity of the shooter in Saturday’s terror attack,” even the left-wing mouthpiece was forced to conclude that “for now, the scenario of radical Muslim attackers… is most likely.”

But that does not seem to have moved “moderates” like Feisal Abdul Rauf, the author of “What’s Right With Islam” and spiritual leader of The Cordoba Initiative who gained notoriety by trying to build an Islamic prayer centre on the ruins of the World Trade Center. Rauf’s website fetters statements about violence at the Boston Marathon and condemning the burning of Christian homes in Pakistan. But the murder of Jews by Muslims appears to be off the Cordoba radar.

Same could be said for the Islamic Council of Victoria (Australia), despite the fact that leaders of that group have protested their depiction as radical terror sympathisers for many years. Other “moderate” groups that have yet to condemn the shooting include the Federation of Islamic Organisations in Europe, Native European Muslims Assembly, the Islamic Center of Southern California, the Organization of the Islamic Conference.