When you accept that the state has the right to criminalize Holocaust denial, you are conceding an awful lot. I don’t just mean on the specific point: The Weimar Republic was a veritable proto-Trudeaupia of “hate speech” laws. In the 15 years before the Nazis came to power, there were over 200 prosecutions for “anti-Semitic speech” in Germany—and a fat lot of good it did. But more important than the practical uselessness of such laws is the assumption you’re making: You’re accepting that the state, in ruling one opinion out of bounds, will be content to stop there.

Dave Petteys is a member of the Colorado chapter of ACT! For America. He is one of the hard-working members of the anti-sharia group that made such a difference at the OSCE conferences in Warsaw in 2012 and 2013. Below is his take on the continuing controversy over “hate speech” laws. 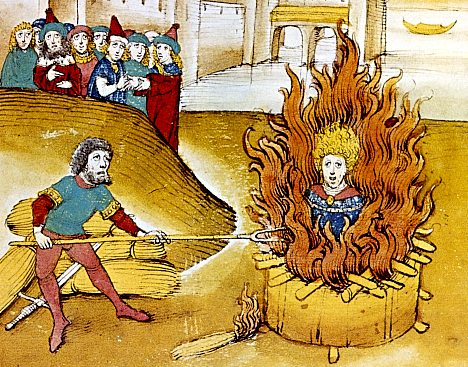 Hate speech laws originated during debates in the United Nations immediately after World War Two. At the time, it was the Soviet Bloc versus Western Europe and the United States. The Soviets wanted “hate speech laws” to suppress the criticism of their totalitarian system as well as the calls for greater democracy. Their excuse was: “We cannot allow fascists to speak lest it lead to violence “. The same language is being used today.

Although the Communist totalitarian governments have disappeared, (at least we used to think so), the legacy of the notion that it is up to government to regulate speech remains.

Initially, “Hate Speech” laws addressed anti-Semitism and Holocaust denial. But now the reach of these laws has steadily expanded to include any issue, provided its supporters have the political clout to influence legislatures.

Global warming advocates, homosexuals and Muslims are all demanding laws to protect them from “insult” and criticism. Priests and pastors have been arrested and prosecuted for preaching Christian doctrine that” hurts the feelings” of homosexuals[1]. Global warming skeptics are silenced.[2]

The Muslims are a particular case in point. They know they can’t confront our First Amendment directly. So what they are doing is drilling down into the definitions of words inside the laws: specifically, the definition of “incitement”.

Traditionally “incitement” resided in the content of speech or writing. The Muslims are working to refocus “incitement” from content to consequence. If I were a Ku Klux Klan leader addressing my followers, and I advocated that they march to another section of town and burn down houses, that would comprise speech with content that directly advocated violence.

But the Muslim strategy is more insidious.

Let us now move to the definition of “Hate Speech” in Forums such as “The Rabat Plan of Action”[3] (RPA). This was a document produced at a workshop put on by the Office of the United Nations High Commissioner for Human Rights (OHCHR) that met in Rabat, Morocco in October of 2012. The UN appears to have convened the Conference at the behest of the Organization of Islamic Cooperation (OIC), mindful of its funding and its large voting bloc of 56 states plus the Palestinian Authority.

The subtitle of the document (“Conclusions and recommendations emanating from the four regional expert workshops organised by OHCHR, in 2011, and adopted by experts in Rabat, Morocco on 5 October 2012”) refers to the plan as adopted by “experts” without any disclosure of who these “experts” are. Within this document there is a six part “threshold test” to give “guidance” to law enforcement. The final test is “Likelihood, including imminence”. To quote:

“The action advocated through incitement speech does not have to be committed for that speech to amount to a crime. Nevertheless some degree of risk of resulting harm must be identified.”[4]

Thus, speech that “might” hurt someone’s feelings, or “might” lead to “discrimination or intolerance” becomes a criminal offense! Yet the argument that such speech “might lead to violence” has not been substantiated.[5]