If you think what the Taliban did to the ancient Buddha statues of Bamiyan was outrageous, look at what their co-religionists are doing to the Hindus of Pakistan.

Whenever you hear about indigenous people’s fighting with Muslims, remember one thing, Islam has always been, and still is, on the move, pushing its own fence posts at the expense of these ancient communities. It’s an ongoing battle, and in spite of the media reports, Islam loves to offend, and on a daily basis, check out this sandal made in a Lahore shoe/sandal factory, it has the Hindu holy sign of OM embedded in the sandal, (feet and footwear are considered dirty according to Islam): 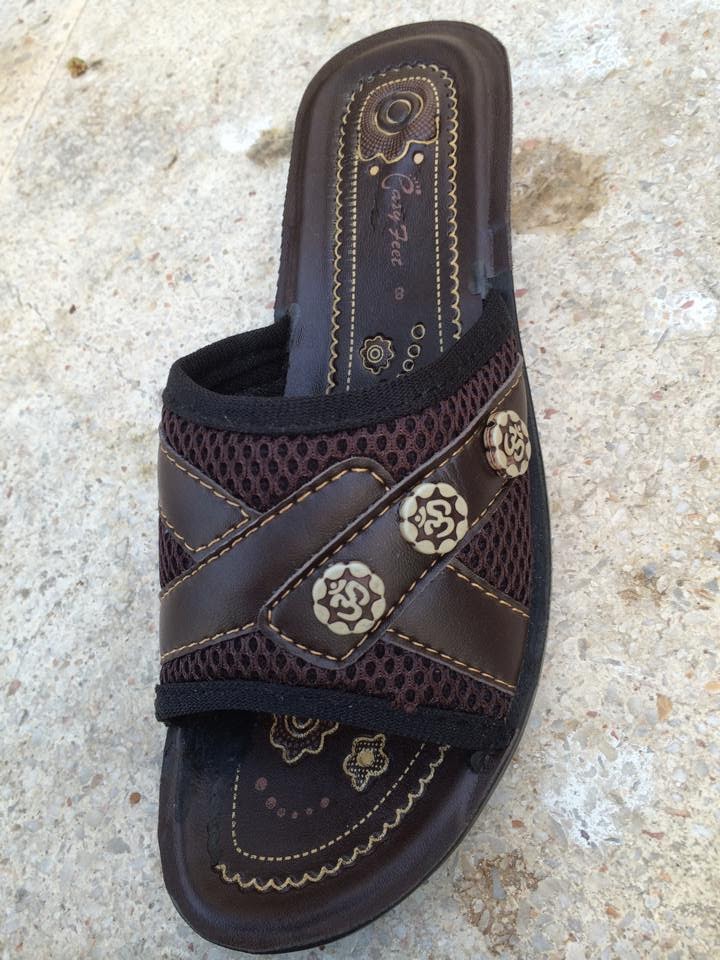 You can only imagine if a theoretical sandal was made by a Hindu firm that had the Islamic word for allah on them, the Muslim street would be rampaging the world over in well known displays of outrage and spleen venting. Here’s a TT photoshop of what one might look like: The following story comes to me by way of Zemira Eli Natan, who is highlighting the persecution of this ancient minority in order to bring about international condemnation and focus of their plight. What is happening to the Hindus of Paksitan is exactly what their forefathers experienced for centuries at the hands of Muslim invaders and conquerors.

Land Mafia has started to occupy the Graveyard of Hyderabad City.

Land Mafia has started to occupy the Hundreds Years Old and Ancient land of the famous and biggest one Hindu Graveyard of Hyderabad City, situated at Tando Yousuf Town.

Land Grabbers threw drainage water in the Hindu Graveyard, due to which all graves and samadies (shrines) of ancestors of the Hindus and their monks drowned in the dirty sewerage water.

Here the basic and fundamental rights of the Hindus has been violated, including forced conversion of innocent girls, kidnapping for ransom, illegally occupying the properties of Hindus, attacking upon the temples and dharamshalas and now the extremists have kept their evil eyes upon the graveyard of Hindus.

Those days are not so away, when the land grabbers would throw out the dead bodies of our monks and ancestors like “Bhooro Bheel” and would construct their houses upon their graves and samadhies. Such type of malpractice has been started by the land grabbers and land mafia. I assure very well that our Government will not take any legal action against such land mafia and extremist, because we are not on priority list, but we hope that International Organization will feel our pain.