In Iraq and Syria, a resurgence of foreign suicide bombers 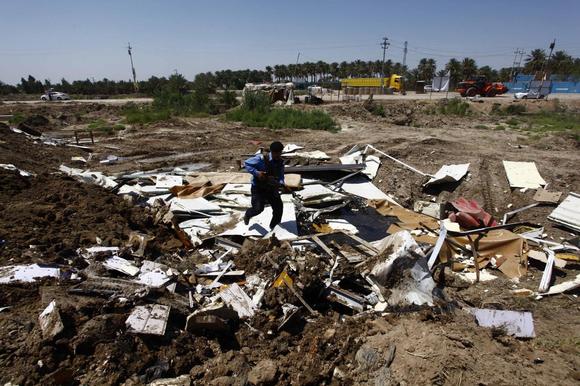 A policeman inspects the site of a car bomb attack at a checkpoint in the city of Hilla, April 24, 2014.

(Reuters) – Shortly before Abdul Waheed Majeed, a 41-year-old British truck driver, blew himself up in an attack on a Syrian prison, he brushed aside a question in Arabic.

That suicide-bomb attack on February 6 by the Pakistani-born Majeed, appeared to be part of a resurgence of such attacks that represented a disturbing shift in tactics among radical jihadists in the sectarian killing grounds of Syria and Iraq.

Many of them have been carried out by foreigners drawn to the conflicts from across the region and from Europe, U.S. and European security and intelligence officials say.

Will McCants, an expert at the Brookings Institution think tank in Washington, said given the rapid increase of foreign fighters in Syria “if the war drags on, the number of fighters will far eclipse those we saw in Afghanistan.”