Gordon has a plan, more western money down the piss pot.

Yet another opportunity to waste the taxpayers hard earned money on throw-away projects that do not take into consideration the reality of the region, and of course the UN & EU are in on it as well. Fact I: child marriages are inherent to Islamic ideology. Fact II. to say that they are wrong, is to automatically earn the label of ”Islamofauxbe”.

NOTE: This is the same moron who said ”don’t call terrorists Muslims” and who shook hands with jihadis in a Saudi ”self-help” correction facility, who more than likely upon release went back into the jihad. 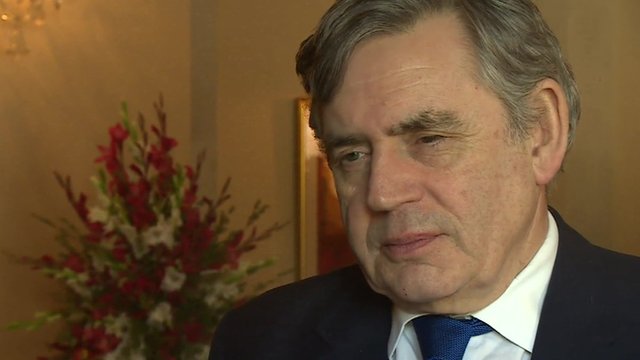 Gordon Brown: “There are seven million who are not going to school – this is completely unacceptable.”

Former prime minister Gordon Brown has announced that “child marriage-free zones” are to be set up in Pakistan.

Mr Brown, the UN’s special envoy on global education, said the practice of forcing girls into marriage is “not acceptable in the modern world”.

“It deprives a girl of her education and her childhood,” he told the BBC.

Speaking on a visit to Islamabad, he revealed the UN is giving $10m (£6m), and the EU 100m euros (£83m), to get more Pakistani children into education.