Where in the world is the WCC, or any other international Christian organization, let alone the UN, in condemning these attacks and seeking help for them? 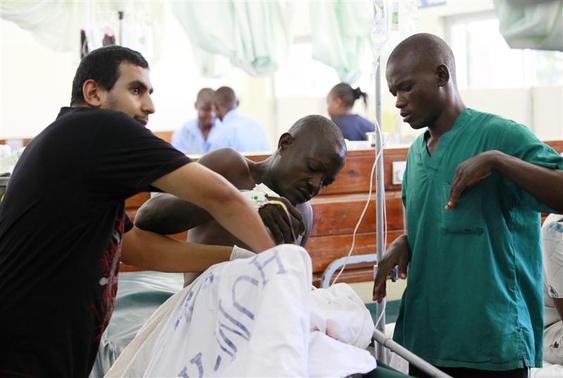 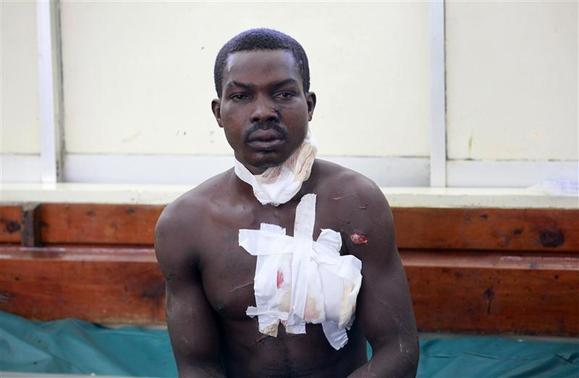 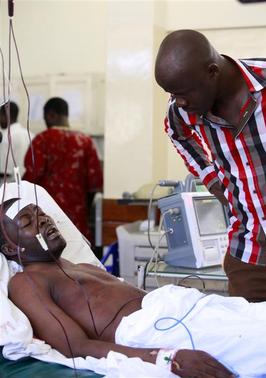 1 OF 3. A medic attends to an injured man, a victim from an attack on a church by gunmen, at the Coast General Hospital in Kenya’s coastal town of Mombasa, March 23, 2014.

(Reuters) – Two gunmen stormed a church near the Kenyan coastal city of Mombasa on Sunday and opened fire on worshippers, killing four people and wounding others, in what police called a terrorist attack.

One witness said the gunmen shouted out in a foreign language before shooting indiscriminately at the congregation. Blood-spattered Bibles and overturned plastic chairs lay strewn across the church’s floor after the attack.

“Both carried big guns and began shooting all over the place. I fell to the ground and could hear screams,” said Lilian Omondi, who was leading a prayer recital at the time.

Another bystander said the assailants walked unhurriedly out

of the church and opened fire on people standing outside. An Interior Ministry official later said they escaped.

“They were ordinary looking guys, one of them tall, dark and wearing a long-sleeved shirt. They walked casually as if all was ok,” said Peter Muasya. “Then they started shooting at those of us who were standing outside.”

Somali militant group al Shabaab and local sympathisers have carried out multiple attacks in Kenya, in revenge for the Kenyan army’s intervention in Somalia to crush the Islamist rebels.