Money flowing towards the jihad, whether from rebel held ports in Libya, or from Saudi Arabia and the Gulf states and Iran. 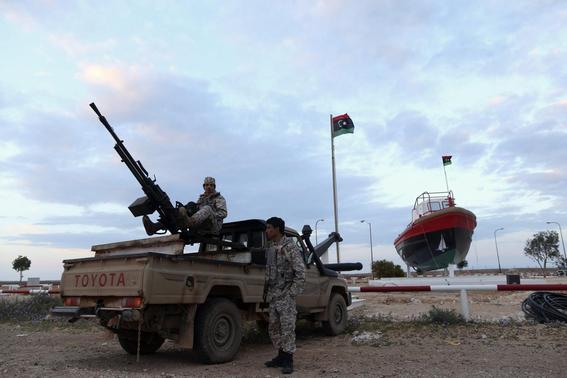 1 OF 3. Rebels under Ibrahim Jathran, a former anti-Gaddafi rebel who seized the port and two others with thousands of his men in August, stand guard at the entrance of the Es Sider export terminal where a North Korean-flagged tanker has docked in Ras Lanuf March 8, 2014. 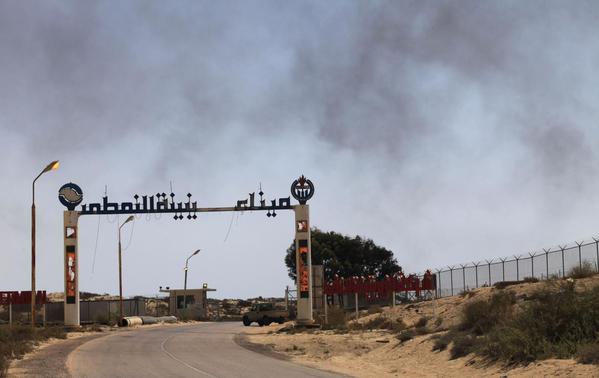 (Reuters) – Libya threatened on Saturday to bomb a North Korean-flagged tanker if it tried to ship oil from a rebel-controlled port, in a major escalation of a standoff over the country’s petroleum wealth. 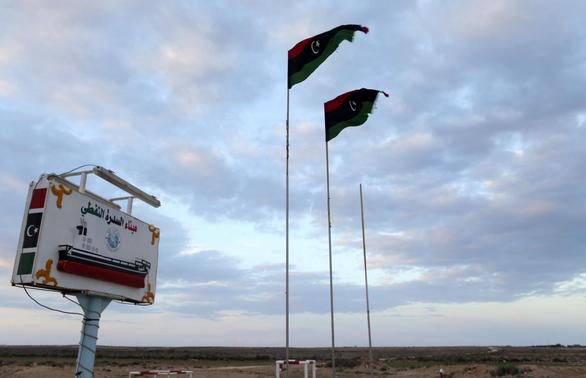 The rebels, who have seized three major Libyan ports since August to press their demands for more autonomy, warned Tripoli against staging an attack to halt the oil sale after the tanker docked at Es Sider terminal, one of the country’s biggest. The vessel started loading crude late at night, oil officials said.

The oil dispute is just one facet of the deepening turmoil in the North African OPEC member, where the government is struggling to control militias who helped topple Muammar Gaddafi in 2011 but kept their weapons and now challenge state authority.

A local television station controlled by protesters showed footage of pro-autonomy rebels holding a lengthy ceremony and slaughtering a camel to celebrate their first oil shipment. In the distance stood a tanker. The station said the ceremony took place in Es Sider.

Prime Minister Ali Zeidan appeared on television to warn the tanker’s crew. “The tanker will be bombed if it doesn’t follow orders when leaving (the port). This will be an environmental disaster,” Zeidan said.

“They are now trying to load oil,” he said, denouncing it as a criminal act. Authorities have ordered the arrest of the tanker’s crew.