We live in a tyranny of radical egalitarian ”equality”. European ”democracy” is a ruse, a chimera in the political exercise of supposed representational governance of, for and by the people, with the EU being nothing more than a tool for the modern day Neo-Aristocracy.

Such is the trend of Nihilism. […] General equality is to reign, everything is to be equally vulgar. … panem et circenses … Superiority, manners, taste, and every description of inward rank are crimes. Ethical, religious, national ideas, marriage for the sake of children, the family, State authority: all these are old-fashioned and reactionary. … Bolshevism’s home is Western Europe, and has been so ever since the English materialist world-view, which dominated the circles where Voltaire and Rousseau moved as docile pupils, found effective expression in Jacobinism on the Continent. The democracy of the nineteenth century already amounted to Bolshevism. … It is only a step from the Bastille and the equality-demanding guillotine to the ideals and street-fighting of 1848, the year of the Communist Manifesto. ….Bolshevism does not menace us, it governs us. Its idea of equality is to equate the people and the mob, its liberty consists in breaking loose from the Culture and its society. (Oswald Spengler. Hour of Decision [pdf]. pp. 61-62) 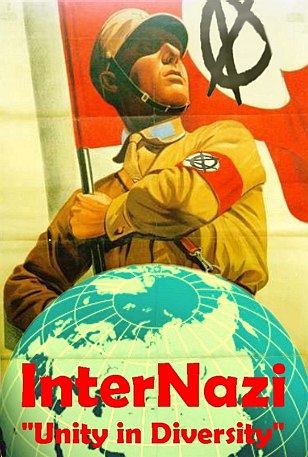 The original German of Roland Woldag’s essay “After the Enabling Act: Overcoming Socialism” was posted for the first time in May of 2013. It has now appeared again for a second time on the Internet portal eigentümlich frei on 21 February 2014. Although the piece stands on its own, it was given a surprise media context which, although limited to Germany, is yet pathognomonic of a malady prevalent in the West as a whole, hence worth including here as an introduction.

The essay’s reappearance was triggered by an unpleasant altercation which took place on “Studio Friedman”, a talk show hosted by Michel Friedman on Germany’s private N24 news channel. It was supposed to be a discussion between Manuel Sarrazin of the Green Party and Bernd Lucke, Chairman of Alternative für Deutschland (AfD), a Eurosceptic party which is participating in the European elections scheduled for May. The stakes were therefore high, and Lucke had to be discredited. After repeatedly refusing to allow Lucke to finish speaking, and after attempting to associate him with “the extreme Right scene” and pummel him with what Lucke finally called the “right wing populism cudgel”, Friedman insisted on reading the following “racist” quotation, for the second time, while falsely attributing it to Lucke’s AfD candidate, Beatrix von Storch, although it was later found to come from Roland Woldag’s essay:

“Multiculti”… has the task of homogenising the people … and in this way to extinguish them religiously and culturally.”

Friedman then attempted to force Lucke to either stand behind the “racist” quotation or discredit his own candidate. The following 1:27 minute subtitled video shows the climax of the situation, as Bernd Lucke leaves the studio after Friedman drowns him out, refusing to allow him a chance to finish speaking to the quotation. The full video is available in German on YouTube.

“Multiculti”, as mendacious term for mass-“culture”, has the task of homogenising the people through mutually imposed pressure to adjust and in this way to extinguish them religiously and culturally. The result is the same as for the Nazis: a population brei which binds nothing more than the dependence on a custodial dictatorial regime. Out of National Socialists emerge supra-National Socialists with a Maoist by the name of Barroso as Führer.

Beatrice von Storch and Roland Woldag are both contributors to the Internet portaleigentümlich frei. But Beatrix von Storch made it clear.

The quotation attributed to me by Michel Friedman is NOT mine. It comes from a blogger [Roland Woldag] who is personally unknown to me. Friedman has given expression to a falsehood. His methods are well-known.

It might be noted in passing that there is irony in a liberal academic like Bernd Lucke starting a Eurosceptic party downstream from socialist institutions after the “long march”, since he himself cannot “get real” (Nigel Farage); that is, he has his own “right wing extremists” with whom he must not be seen to associate if he is to avoid being discredited and defamed as some type of “-phobe” by the likes of Michel Friedman: Lucke’s extremists are Marine Le Pen, Geert Wilders and Nigel Farage — and the list is not exhaustive. But all that can change.

The deeper irony behind Michel Friedman’s attempt to defame Bernd Lucke with the “racist” quotation is that the essay itself points to this very requirement of Socialism to “dispose of their opponents”:

The champions of the “modern” Zeitgeist need to be on their guard by pointing the finger at the Nazis, for this finger is reflected in history and points back at them.

More here at The GOV