The official says that a 38-year-old man was shot dead in the Nile Delta city of Damietta when supporters of former Islamist President Mohammed Morsi clashed with residents.

A second 12-year-old child was killed when he was standing in his balcony in the southern city of Minya, where security forces fired tear gas and pellets to disperse protesters, the official said. He spoke on condition of anonymity because he was not authorized to speak to journalists.

Photo By Shaam News Network/AP
In this image made from video obtained from the Shaam News Network, which has been authenticated based on its contents and other AP reporting, vehicles smolder after an explosion outside a mosque in Yadouda, Syria, Friday, Feb. 14, 2014. A car bomb blew up outside a mosque in a rebel-held village in southern Syria as worshippers were leaving after Friday prayers, killing dozens of people and filling clinics and hospitals with the wounded, anti-government activists said.

BEIRUT (AP) — A car bomb blew up outside a mosque in a rebel-held village in southern Syria as worshippers were leaving after Friday prayers, killing dozens of people and filling clinics and hospitals with the wounded, anti-government activists said.

The explosion in Yadouda charred vehicles parked nearby and damaged the mosque, which has a white dome, according to video images posted by activists who are fighting to oust President Bashar Assad.

Yadouda is in the southern province of Daraa, the birthplace of the uprising against Assad that began with peaceful protests in March 2011 and morphed into a civil war that has killed more than 130,000 people.

The motive for Friday’s blast could not immediately be determined and activists provided varying death tolls ranging from 29 to 43. State-run TV confirmed the bombing but said only 3 people were killed.

Car bombs have frequently been used by Islamic extremists both against the government and against moderate rivals in the Sunni-led opposition movement. Government forces also have been known to use explosive-packed vehicles and the two sides frequently trade blame in attacks targeting mosques.

BEIRUT (AP) — A car bomb blew up outside a mosque in a rebel-held village in southern Syria as worshippers were leaving after Friday prayers, killing dozens of people and filling clinics and hospitals with the wounded, anti-government activists said.

The explosion in Yadouda charred vehicles parked nearby and damaged the mosque, which has a white dome, according to video images posted by activists who are fighting to oust President Bashar Assad. 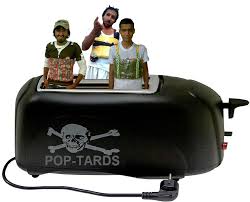 10 Killed in bombing in western Iraq

At least 10 members of Iraqi security forces died Friday when a suicide attacker drove a truck filled with explosives into a barracks in Ramadi, capital of the conflictive western province of Anbar.

Among the victims were soldiers and members of the pro-government Sunni militias known as Salvation Councils, a security official in Anbar told Efe.

The powerful explosion also laid waste to the building and the vehicles parked around it, the official said.

The incident came after seven soldiers died Friday morning in a car-bomb attack against a checkpoint in Fallujah, Anbar’s second city.

“A group of Taliban rebels under Mullah Zahid raided a police checkpoint in Noorgul district in the early hours of Friday and police returned fire, killing Zahid on the spot and leading other militants to flee,” provincial police chief Habib Sayedkhili told Xinhua.

The attack started with a car bomb explosion, then militants exchanged heavy gunfire with the guards at the Sanaa Central Prison, and a number of prisoners fled amid the chaos, according to SABA. A security official said authorities suspect it was an inside job.

Among the 29 who fled, 19 are convicted al-Qiada prisoners including those plotting the assassinations of Yemeni President Abed Rabbo Mansour Hadi and western diplomats, the official said. He said those killed in the exchange of gunfire were mostly security forces.

Witnesses said earlier that explosions rocked the capital and smoke billowed into the sky. Security forces and army troops have been deployed to the site of the attack and sealed off the whole area. The prison, housing thousands of inmates, is on the main road leading to the airport, which was closed.

The violence in Peshawar targets a family that has helped fight the Taliban in Khyber-Pakhtunkhwa province.

By Zulfiqar Ali and Shashank BengaliFebruary 12, 2014

PESHAWAR, Pakistan — Nine members of an anti-Taliban militia were killed execution-style at a house on the outskirts of this troubled provincial capital, in the latest violence to mar the Pakistani government’s effort to open peace talks with outlawed Islamist militants.

Police said most of the victims were members of the same family, which had belonged to a local committee that helped law enforcement agencies track and thwart the movements of militant groups in the area.

The militias were established in 2008 after a surge in militant activity in Peshawar and other parts of Khyber-Pakhtunkhwa province, with authorities providing guns and ammunition to volunteers who conducted patrols in their areas. Committee members, however, said the police and government had withdrawn their support in recent years, allowing militants to retaliate against them.

The attack Wednesday was one of the deadliest in a week that has seen some of the worst violence in Peshawar in months. A day earlier, grenades exploded in a movie theater known for showing pornographic films, killing 11 people and wounding 17.

Though no group immediately claimed responsibility for either attack, analysts said the violence indicated that some elements of the Pakistani Taliban — the federation of Islamist groups whose central leadership has agreed to begin peace talks with the government — were trying to spoil negotiations.