And yet most of the lefties continue to cast their gaze in the direction of Israel, regardless of the outlandish behaviour of the rest of the Muslim world. 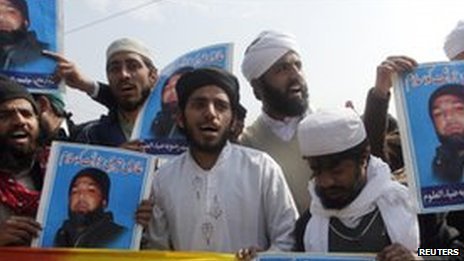 Mohammad Asghar , a British citizen of Pakistani origin, was arrested in 2010 for having proclaimed himself a prophet. The man suffers from mental disorders, but the Court of First Instance rejected the request for clemency submitted by lawyers. Ashghar , 70, is a resident of Edinburgh. The Scottish Government has announced that it will do all in its power to solve the case.

Islamabad ( AsiaNews) – A court in Rawalpindi has sentenced Mohammad Asghar , a British citizen aged 70 , who was arrested for blasphemy in 2010, to death. Of Pakistani origin but resident in Edinburgh, the man had written several letters to police officers in which he declared himself a prophet.

His lawyers have asked the judges for an act of clemency by stressing the man’s mental problems.  In fact he continued to proclaim himself a prophet even in court during his trial. The lawyers also submitted a medical report from the Royal Victoria Hospital in Edinburgh in which doctors explain that Asghar is a paranoid schizophrenic. The Court has refused all requests for clemency and has refused to accept the reports of British doctors. The lawyers will present to the judges the 2008 moratorium on the death penalty and hope that the ruling is overturned on appeal.

A spokesman for the Scottish government has expressed “concern” over the situation: “We urge the Pakistani authorities to respect the moratorium on the death penalty. At this difficult time we are close to the family of Asghar”. Baroness Sayeeda Hussain Warsi , an official of the British Ministry of Foreign Affairs, pointed out that the ministry is putting great pressure on the Pakistani government to resolve the case.