Sultan Knish: The more problems we have, the more addicted to solutions we become. But progressives forget what the pre-moderns knew, that many problems have no solutions. Other problems can be ameliorated, but not solved. Life is still tragic. Bad things will happen to good people. Sometimes we can wipe a disease off the map, but more often our solutions trade simple problems for more complex ones.

That in my opinion explains quite succinctly the problem with Islam, and by default, the intractable issue that has faced the Israelis ever since their forefather took to establishing their homeland within the ancient lands of their people. One of the chief pillars of Zionism is the acceptance of the Jewish state as equals among the nations in the region, and folks, I hate to be a wet blanket, but that is simply not going to happen.

Islam is an Arab supremacist ideology, and like National Socialism which developed centuries later, it finds no place for equality with the Jews, or with any other religion, Islam must reign supreme. Also, any land once deemed as ‘Muslim land’, must be eventually returned to Muslim hands, the claims on Spain (Andalusia) remain as strong today as it did on the day the last Muslim invader left its shores.

So there you have it folks, intractable problems with no solutions (meaning = solutions that wouldn’t work against the West/Israel). So people can hope for Middle East peace, whether that means between the Arabs and Jews, or for that matter, between Sunni and Shiite, as well as between Islam and the rest of the world, but as long as it’s Islam that’s involved, there is no solution, other than the complete eradication of that ideology.

The Solution is the Problem

The problem with our problems is usually their solution. If we were to take a closer look at many of our problems, it would turn out that many of them are actually solutions that were meant to solve those very problems. Our War on Poverty has spread poverty. Our attempts at fighting racism have perpetuated it. Our campaigns for energy efficiency invariably waste more energy than they save. 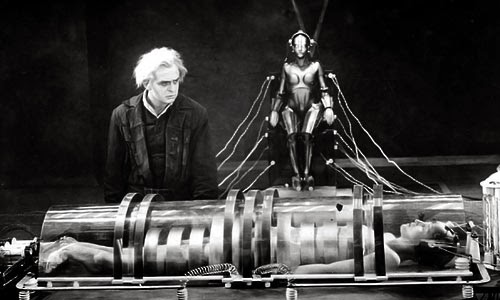 We tried promoting populism to solve terrorism in the Middle East and got even more terrorism for our troubles. The more resources we put into education, the more the educational system runs backward. Every attempt at creating jobs seems to vaporize more jobs than it creates.

Solving problems isn’t a bad thing, but the place to start is at the problem, not the solution.

Listen to enough celebrities at fundraisers, politicians thumping podiums with manicured fingernails and thought leaders spinning their little grey wheels and you notice that they assume that the solution is obvious, self-evident and will work. And that’s where problems come from.