Real art in Islam is forbidden.

Islamic art is nothing more than colors and patterns, everything else is haram. So, Islamic ‘art’ is a cheapened, knocked down version of the real thing. Like in the all encompassing label of religion or sports, Islam finds a place in art, but needs to be relegated into the category of ”dumbed down”. As a matter of fact, a child with a crayon drawing her family including pets in the front of her house, has more artistic value that all the fancy (repetitious) lines in the tiled walls of a mosque or Muslim palace. 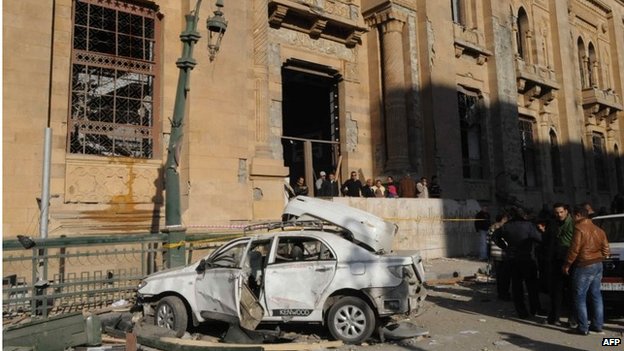 Cairo’s Museum of Islamic Art has been badly damaged in a suicide car bomb attack on nearby police headquarters.

The museum is on the other side of Bab el-Khalq Square from the city’s main security headquarters.

All the windows on the facade of the museum, which was built in 1903 and houses tens of thousands of artefacts, were blasted out.

Antiquities Minister Mohammed Ibrahim said artefacts inside were also damaged, including a rare collection of Islamic art objects, and that the museum would have to be rebuilt. 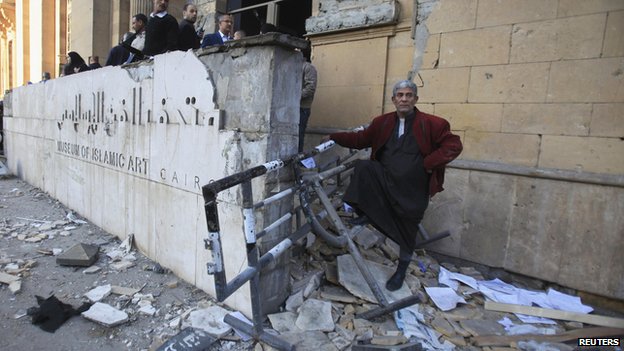 The museum’s renovation cost many millions of dollars

Mr Ibrahim said the attack was carried out by two men in a pick-up truck, one of whom got out when he was stopped by police before the other man detonated the bomb.