His next step will be to convert to Islam, just wait and see. 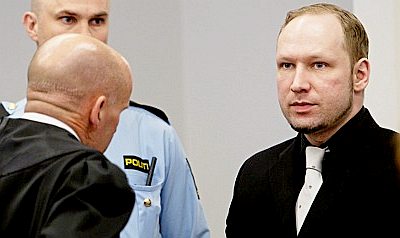 The Swedish organization Expo is a anti-racist trust co-founded by the best-selling author and communist Per Stieg Larsson and the hard-left activist Tobias Hübinette. The group’s stated mission is to expose “organized intolerance”.

Their publication “Expo” is edited by Robert Aschberg, the grandson of Lenin’s financier. Mr. Aschberg also owns the data-collection company Piscatus, which has the legal right to run registers of all available data on members of the public.

Together Piscatus, Expo, and Research-Gruppen have built an impressive private far-left intelligence organization.

For his part, Tobias Hübinette is on record as having said this:

To feel and even think that the white race is inferior in every conceivable way is natural with regards to its history and current actions. Let the Western countries of the white race perish in blood and suffering. Long live the multicultural, racially mixed and classless ecological society! Long live anarchy!

Given the stated ideology of the Expo organization, why would it publish an article saying that Anders Behring Breivik had repudiated any affiliation with the European Counterjihad? Mr. Breivik’s announcement certainly does not serve the interests of Expo, so why broadcast it?

The answer is simple: the Butcher of Utøya sent the same letter to a number of media outlets. Expo needed to get out in front of the sensational news in order to minimize any harmful impact.

It’s not really a surprise that Anders Behring Breivik was no friend of the Counterjihad movement, and was only using us as cover to protect his neo-Nazi comrades. So can we expect this to be big news in the Norwegian newspapers? Will VG publish a correction? Will former Prime Minister Stoltenberg apologize to Fjordman?

The terrorist Ander Behring Breivik has sent a letter to international media. In the letter he describes himself as a fighter for the “survival of the Nordic race” and demands a land area reserved for whites in Norway.

Anders Behring Breivik has sent a letter to international media that “Expo Idag” has read. He describes the letter as a first step in a “peace negotiation” with his political opponents. In the letter Anders Behring Breivik has partially changed his rhetoric from that used in his so-called “manifesto”. He says that he in the manifesto was using “the counterjihad” rhetoric to protect “ethno-nationalists” and instead prompt a media campaign against the anti-nationalistic counterjihad movement. He calls this strategy “double psychology”.