A judge in need of being removed from the bench, with a hand to his collar and belt and tossed into the street.

Judge: ‘Let’s Burn the Jew’ not Racism, Even if you Burn a Jew

Grabbing a Jewish girl, flicking a lighter next to her hair and saying “let’s burn the Jew” is apparently not a racially motivated act in Winnipeg. 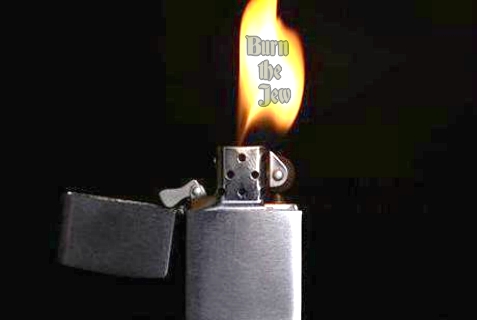 A high school student grabbed a Jewish female classmate, held a lighter to her hair and said out loud, “let’s burn the Jew,”  but a Canadian judge concluded that the incident was “not racially motivated.”

The lawyer for the defendant claimed, essentially, it was the girl’s fault her hair caught on fire.

He said his client grabbed the girl, lit the lighter and made the comments, but her hair caught fire when she pulled away. He also said that referring to the girl as “the Jew” was simply the way people interacted at the school, and the defendant was not the only one who called her that. He referred to his client as “a jerk and a bully,” but said the incident was “impulsive and unplanned.”

The defendant’s therapist claimed the incident was an “impulsive teenage action.”

Winnipeg’s Provincial Court Judge Robert Finlayson, before whom the trial was held, agreed with the defense. While he called the act “totally vulgar and inappropriate,” Finlayson said he was satisfied it was not racially motivated.

Given the judge was unwilling to classify saying “let’s burn the Jew” and then actually grabbing a Jew and burning her hair as anti-Semitic, perhaps he should be praised for also stating that the school culture in which this kind of incident was commonplace was “unhealthy and dark and there’s no place for it in society.”

The victim claimed the incident “changed her world upside down.” She needed therapy to deal with her fears.  She also believes that the people in the school blamed her for making a big deal of the incident.