Mandela left quite a different legacy than that of Martin Luther King, who opted for the path of non-violence and real equality in a post racial world, Mandela kept giving different signals.

I followed Western mass media with bemused interest after it was announced that Nelson Mandela, South Africa’s first black President from 1994 to 1999, had died on December 5, 2013. It wasn’t unexpected, since the man was 95 years old and had been ill for years. I never hated Mandela, but the lavish praise he received from Scandinavia to Alaska went far beyond what was rational or fact-based.

It has been publicly confirmed that Nelson Mandela was a leading member of the South African Communist Party’s central executive committee at the time of his arrest for terrorist activities in 1962. This party then had ties to the mass-murdering totalitarian Communist state known as the Soviet Union. 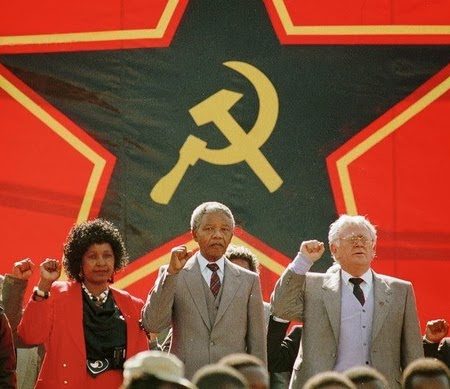 Peter Oborne, the chief political commentator in Britain’s supposedly conservative newspaper the Daily Telegraph, stated that “There are very few human beings who can be compared to Jesus Christ. Nelson Mandela is one.”

Really? Now, I’m not a Christian, but according to Christian beliefs, Christ is the son of God and divine himself. This senior writer in a supposedly conservative newspaper thus compared an African former leading member of the Communist party to a god.

We have previously seen a tendency on parts of the political Left to elevate certain human beings, especially Marxist leaders such as Stalin and Mao, almost to the status of demigods. It is a bit disturbing to see the same pattern of personality cult being emulated even in allegedly conservative circles. It only shows that the radical Left has won most of the cultural battles for the past fifty years or so.

Meanwhile in Peter Oborne’s native Britain, the sandwich shop owner Neil Phillips was arrested and held for eight hours by the police, who also took his DNA and seized his computer. The reason? He had dare to make some Mandela jokes.

Earlier that same year, in April 2013, there were open celebrations in parts of the political Left in Britain when the former conservative Prime Minister Margaret Thatcher died. There were even public “Thatcher death parties” in British streets, in which the participants were not arrested.