Originally published at the Gates of Vienna.

On 21 September 2013, a group of gunmen without warning attacked hundreds of unarmed civilians at the upmarket Westgate shopping mall in Nairobi, Kenya. The attack and siege lasted for several days and resulted in the deaths of 61 civilians, 6 Kenyan soldiers and 4 attackers. Several hundred people were wounded as well.

Al-Shabaab, a Somali militant Islamic group with ties to the terror network al-Qaida, claimed responsibility for this attack. It was one of the worst terror attacks in Kenya since the bombing of the United States embassies in Nairobi and in Dar es Salaam, Tanzania in 1998. That mass murder was also carried out by Muslims. They, too, had ties to al-Qaida, the Jihadist terrorist network of Osama bin Laden and Ayman al-Zawahiri.

The attackers behind the siege of the Westgate shopping mall had been living in Nairobi and plotted the attack for several months, according to a Western source. Kenyan officials believe they have determined the identities of four attackers who stormed the mall. All four of the men are Somalis, although one of them, identified as Hassan Abdi Dhuhulow, grew up in Norway and was a Norwegian citizen. They entered Kenya from Somalia in June 2013. Four other men have so far been charged as accomplices to the terror attack. 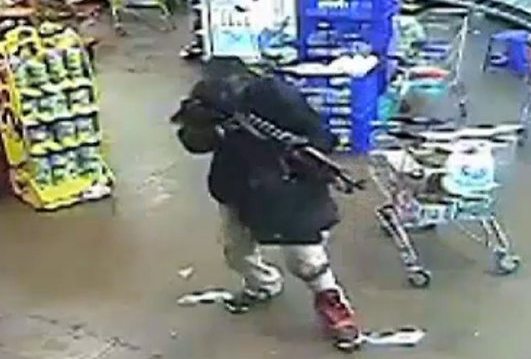 In an update written by Nicholas Kulish and published in The New York Times on November 18 2013, the NYT didn’t once use the words “Muslim” or “Islamic” to refer to these mass murdering terrorists. They were merely referred to as “men” or “Somali citizens.” In contrast, after Anders Behring Breivik’s massacre in 2011, Kulish was in the same newspaper very quick to tie Breivik to alleged “right-wing extremists” who oppose Muslim immigration.

This is dishonest journalism. The specifically Islamic nature of the mall attack in Nairobi couldn’t be more obvious than it is. Even mainstream news reporters from the broadcaster CNN stated that the ruthless terrorists “took turns to pray, removing shoes to perform the ritual washing in a room stacked with boxes. They bowed down in Islamic prayer, taking a break from incessant gunfire.” In video footage from the shopping mall, the gunmen are seen shooting members of the public and taking breaks for prayers in between their massacre. They also talked on their mobile phones occasionally.

An eyewitness said that the attackers had told Muslims to leave and that only non-Muslims would be targeted. Others were asked to name the mother of the Islam’s prophet Mohammad or given other Islam-related questions. As terrified civilians hid in toilet stalls or in ventilation shafts, the assailants began a game of questions to separate Muslims from those they considered infidels. A Jewish man scribbled a Koranic quote on his hand to memorize, after hearing that the terrorists were asking captives to recite Koranic verses.

Numerous survivors described how the attackers from the militant group al-Shabaab shot people who failed to provide the correct answers. In an email exchange with The Associated Press, Shabaab made its intentions clear: “The Mujahideen [Islamic Holy Warriors] carried out a meticulous vetting process at the mall and have taken every possible precaution to separate the Muslims from the Kuffar [infidels] before carrying out their attack.”

In other words, this was a specifically Islamic attack dedicated to traditional Jihadist principles. It systematically targeted non-Muslims, although some Muslims were also accidentally hit in the process. 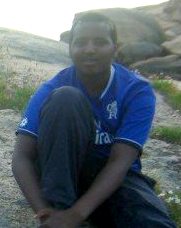 Although not all of the details were yet clear at the time of writing, one of the primary suspects named so far from this terror attack is Hassan Abdi Dhuhulow. He was registered at an address in Larvik, southern Norway, as late as in 2009. “He was a quiet guy,” said a former classmate in Norway. “He was very committed to his religion, but not extreme. He brought a prayer mat to school.”

Abdukadir Mohamed Abdukadir, known as Ikrima, is thought to be a key player behind the siege at Kenya’s Westgate Mall. Intelligence officials say Ikrima is a commander and active recruiter within the Somali militant group al-Shabaab. He is believed to be associated with those who planned the 1998 U.S. Embassy bombing in Kenya that killed more than 200 people. Ikrima grew up in Kenya and speaks several languages — including English, Somali, Swahili, French, Norwegian and some Arabic. He came to Norway in 2004 “and left in a hurry in 2008,” according to Norwegian TV2 correspondent Bent Skjærstad, who has been investigating Ikrima. 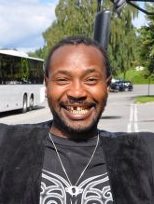 It was there that Hamisi Mbombe befriended Ikrima. They met at the Ringsaker Refugee Center, about two hours north of Oslo. “He had two sides, he was literally two-faced,” Mbombe says. “All smiles and pleasant to the boss, quite charming when he was outside, but back in the center he was unfriendly and aggressive. He spoke a lot about Norway and the Norwegians, saying he hated them and the Americans.”

Ikrima is a Kenyan citizen of Somali background. The Westgate Mall attack has raised more questions about his time in Norway. Could he have recruited Hassan Dhuhulow, the 23-year-old Somali Muslim and Norwegian citizen who appears to be one of the gunmen caught on surveillance cameras during the siege?

After Breivik’s attacks in Norway in 2011, the Western mass media launched a search for other alleged right-wing extremist Islamophobes who might be potential terrorists. Fingers were quickly pointed at the English Defence League (EDL), a street protest movement protesting against Islamization.

Yet the EDL are mentioned only a tiny handful of times in the 1518 pages of Breivik’s manifesto. The single longest mention of them there is actually extremely negative. They are there dismissed as a bunch of useless, non-violent sissies who won’t liberate Britain by blowing up British nuclear reactors. So Breivik’s open denunciation of the EDL for being non-violent in the mass media became twisted into the claim that Breivik supported the EDL.