Warsi is a bald faced liar: Al-Qaeda’s beliefs were “at odds with classical and contemporary” mainstream Islam, she added.

Baroness Warsi is a perfect example of how supposed ‘moderates’ run defense for the jihad, the duality in Islam, the Islamic yin and yang. Warsi is of course lying, and lying hard, because she wants to mitigate the call to examine Islam like all other ideologies. To truly lay Islam under a direct critical spotlight, places it at its most barest, vulnerable position. An evil totalitarian cult bent on world domination by hook or crook.

Lord Pearson on the other hand, is telling the bare bones truth about Islam, with Warsi mustering up all the blue smoke and mirrors she can in order to dissuade further examination of the desert cult. She is as much of a danger to British society as the fundamentalists themselves. 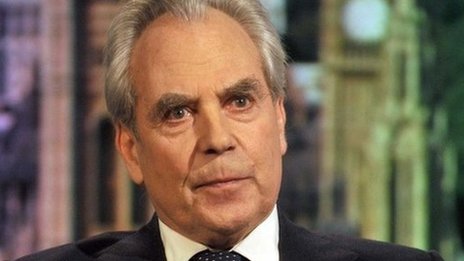 Such people “hate us with frightening religious fervour”, he said during a parliamentary debate on Islam.

Sharia law was “running de facto in our land” and calls for violence were not simply coming from a “few extremists”.

But faith minister Baroness Warsi said Lord Pearson was either “ignorant” or attempting to “distort” views of Islam.

Lord Pearson, who led UKIP from 2009 to 2010, called a special Westminster debate on Islam.

He mentioned the 7 July 2005 London bombings and the killing of Drummer Lee Rigby earlier this year, adding: “We see large and growing Muslim communities which are set against integration with the rest of us. We see thousands of home-grown potential terrorists.”

He went on: “We see Sharia law running de facto in our land and we see a birth rate which is several times ours.

“What baffles me completely is that when we do speak against these things, when we dare to say that they come from within Islam, we are told that we are the guilty ones, that it us who are stirring up hate.”

He said: “But the hate lies in the heart of the Islamist. We can only stir it up because it is already there, red hot and seething against us.

“These people hate us with frightening religious fervour and we are right to fear them.”

Lord Pearson quoted Tony Blair, who argued that “this strain (of Islam) is not the province of a few extremists”.

“Evil is at its most destructive when it passes from the individual to the collective,” added the UKIP peer.

Lord Pearson, who sat as a Conservative peer before joining UKIP, told the meeting in Parliament’s Moses Room: “I fear the dark side is moving strongly within Islam.”

For the government, Lady Warsi responded: “I think it is a great shame at best that the noble gentleman has asked this question. It points at best to an ignorance about Islam and at worst a deliberate attempt to perpetuate a distorted image of the faith.”

Being a member of any religion involved “making choices” on how to act on one’s beliefs, the Conservative peer added.