”Fate, it seems, is not without a sense of irony.”

They were all transferred to Beth Israel Hospital in Boston, and went under the care of a former IDF combat doctor.

Israeli physicians who have been treating the victims and the suspects of the Boston Marathon bombings are used to the eerie situation.
By: Lori Lowenthal Marcus
Published: April 21st, 2013 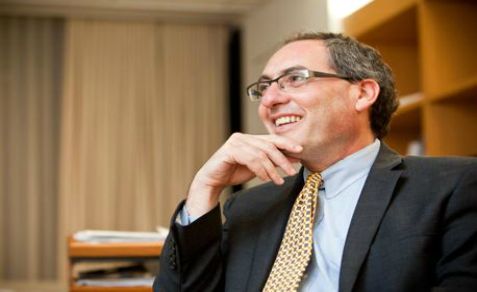 Dr. Kevin Tabb, 49, is the president and chief executive officer of the Beth Israel Deaconess Medical Center in Boston, Massachusetts.  The BI, as it is referred to locally, is the hospital to which many of the victims as well as the two suspects in the Boston Marathon bombings.

Tabb is used to two things that most American physicians are not – he is used to dealing with large numbers of traumatic injury victims being brought into his hospital following a terrorist bombing, and he’s used to treating victim and suspected terrorist in the same place at the same time and with the same level of care.

Dr. Tabb, whose Hebrew name is Ilan, was a commissioned officer and served as a combat physician in the Israeli Defense Forces in the 1980′s.

Although police and political authorities asked the medical staff to refrain from revealing much information, some information about the prime suspect, 19-year-old Dzokhar Tsarnaev, was available.

“Unfortunately, I have had a lot of experience with these types of injuries after years of treating people injured in terror attacks in Israel,” said Tabb, who is a member of the board of Hadassah Ein Kerem hospital in Jerusalem.

“We have a few Israeli doctors in the emergency room, and the director of the ER is also Israeli. But most of the physicians at the hospital are not Israeli, and they functioned exceptionally well,” Tabb told the media.

“It was very similar to what I was used to in Israel in that we had to admit many injured people in a short period of time,” Professor Tabb told YNet. “The fact that we are treating both the victims and the suspected terrorist also reminds me of similar situations in Israel. In Israel we had an injured soldier and a terrorist lying on adjacent beds. When an injured person is admitted to the ER, the doctor or nurse treats him without asking questions.”

Dr. Daniel Talmor, an Israeli who is the head emergency services physician at the BI told Israel Army Radio that Tsarnaev has “serious injuries, but I believe he will live.” Tsarnaev’s older brother, Tamerlan, was brought into the BI early Friday morning and died from the extensive traumatic injuries, including multiple gunshot wounds, explosives shrapnel and, possibly, the result of having been run over by the runaway car his younger brother was driving.