The media love to run with these type of bogus stories, after the damage is done, they just move on to the next ”real story” as if the last bogus one never took place. And folks, it’s never an accident when the ‘mistakes’ always fall in one direction, it’s a part of official policy.

You Know Who Destroyed the Israeli Buses for Arab Towns

Whoever actually burned the buses, the fire was lit by the anti-Israel – or just lazy – media and their fans. So now no Israeli public buses will serve the Arab towns. 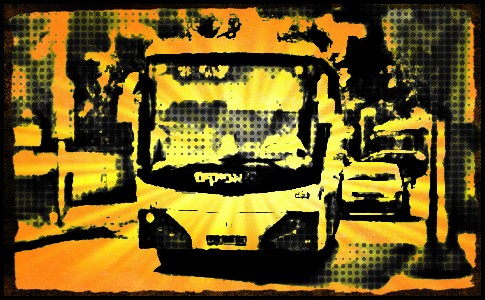 The fire burned the buses, but the flames – fueled by latent and actual anti-Semitism – burned so much more.

As reported yesterday in The Jewish Press, this week Israel instituted two new bus lines to provide bus service from Arab towns in the territories into different parts of Israel.

The new bus service started yesterday, March 4.  It also may have ended yesterday.

There were riots Monday morning at the Eyal Crossing because there weren’t enough buses – which Transportation Minister Israel Katz said would be rectified.  But too late, because Monday night someone set fire to two Afikim buses which were parked in the Arab town of Kfar Qassem.  The bus company has now removed all their buses from the area because of the violence and destruction.

So thanks to the media hysteria and the quick-on-the-draw haters, there are no Israeli public buses to serve the Arab towns in the territories. Proud of yourself yet?

Maybe it was Arabs who set the fire, whipped into a frenzy at the nerve of the Jewish State to provide bus service into Israel from Arab towns.  Or perhaps Jews set the fire, enraged by the response of Jewish State-haters who criticize Israel whether it does something positive or negative for Arabs. Or maybe either one of them did it, but driven by some other combination of hatred and irrationality.  At bottom, though, the fault lies with all those who were so eager to hoist the racism card high enough in the air that no one could see any anything else.