Oh, and they used rubber bullets in place of the lead ones that the Arabs in a similar situation would have used.

NOTE: To make this clearer, they’re demonstrating for the right of petty criminals and murderers to continue to roam the streets committing crimes. 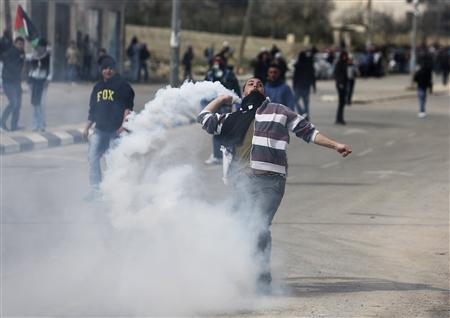 JERUSALEM (Reuters) – Palestinian protesters clashed with Israeli soldiers on Friday at a rally outside an Israeli prison in the occupied West Bank.

Palestinian medical officials said two protesters were wounded by live gunfire in the demonstration, which was mounted as a show of solidarity with Palestinians being held in the nearby Ofer prison.

A crowd of about 300 Palestinians threw stones at troops, who used riot dispersal equipment to break up the protest, an Israeli military spokeswoman said.

“The soldiers, feeling immediate danger, fired in the air,” she said. “The incident is being reviewed.”