I say arm the Christians to the teeth. 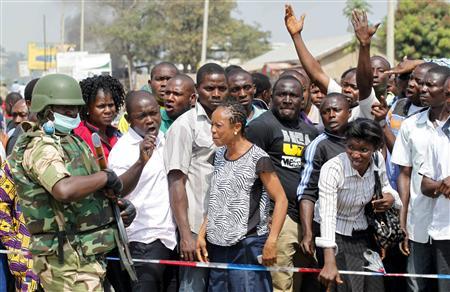 By Felix Onuah and Camillus Eboh

(al-Reuters) – Islamist militants set off bombs across Nigeria on Christmas Day – three targeting churches including one that killed at least 27 people – raising fears that they are trying to ignite sectarian civil war.

The Boko Haram Islamist sect, which aims to impose sharia law across the country, claimed responsibility for the three church bombs, the second Christmas in a row the group has caused mass carnage with deadly bombings of churches. Security forces also blamed the sect for two other blasts in the north.

St Theresa’s Catholic Church in Madala, a satellite town about 40 km (25 miles) from the centre of the capital Abuja, was packed when the bomb exploded just outside.

“We were in the church with my family when we heard the explosion. I just ran out,” Timothy Onyekwere told al-Reuters. “Now I don’t even know where my children or my wife are. I don’t know how many were killed but there were many dead.”