Let them both rip each other a new one, and with gusto.

I have no dog in the fight in this one, the more the thugs on both sides of this civil war deplete the world of their fellow totalitarians, the better. Its a shame civilians are caught in the cross fire, but the fight is their own. 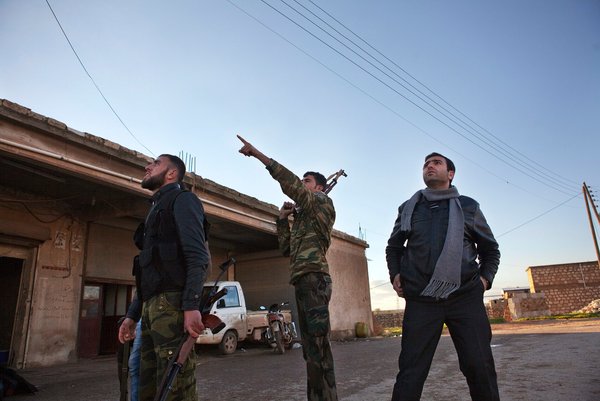 Administration officials said that over the last week, Assad forces for the first time had fired at least six Soviet-designed Scud missiles in the latest bid to push back rebels who have consistently chipped away at the government’s military superiority.

In a conflict that has already killed more than 40,000 Syrians, the government has been forced to augment its reliance on troops with artillery, then air power and now missiles as the rebels have taken over military bases and closed in on the capital, Damascus. The escalation has not changed Washington’s decision to avoid military intervention in Syria — as long as chemical weapons are not used — but it did prompt a rebuke.

“As the regime becomes more and more desperate, we see it resorting to increased lethality and more vicious weapons moving forward, and we have in recent days seen missiles deployed,” said Victoria Nuland, a State Department spokeswoman.

President Obama has said that the use of chemical weapons would cross a “red line,” implying that it might lead to an American military response.