Without a clear mission as to why they are there, the whole project is in question. Pull out and send in the drones. 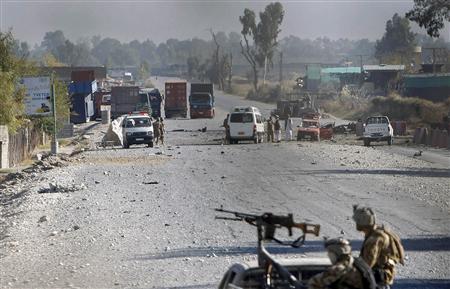 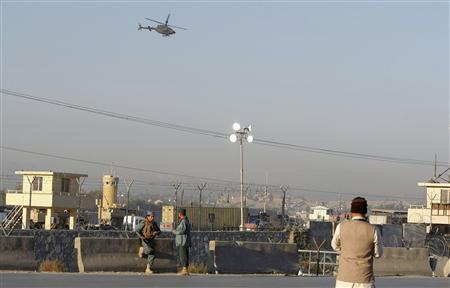 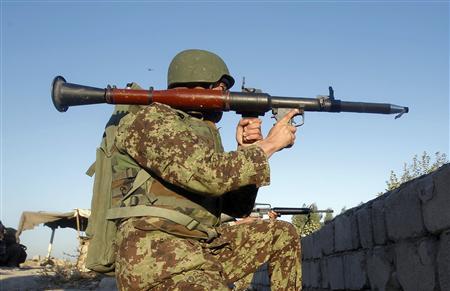 (Reuters) – Suicide attackers detonated bombs and fired rockets outside a major U.S. base in Afghanistan on Sunday, killing five people in a brazen operation that highlighted the country’s security challenges ahead of the 2014 NATO combat troop pullout.

Local police officials said bodies in Afghan police and military uniforms were scattered around the entrance of the airfield in the eastern city of Jalalabad after a two-hour battle. A Taliban spokesman said the militant group had launched the 6 a.m. assault.

The Taliban, who have been fighting U.S.-led NATO and Afghan forces for more than a decade, sometimes dress in uniforms for attacks.

Two suicide bombers died after blowing themselves up in cars, said Nasir Ahmad Safi, a spokesman for the provincial government.

Seven other bombers were killed in the a gunbattle with Afghan and coalition forces. Three Afghan soldiers and two civilians also died, said Safi.