The whole anti-Israel BDS juggernaut is evil in design and in deed. The only state these A-holes target, is a democracy fighting for its life, having been an international target by much of the world for most of its existence. While real deserving states get a free pass, ‘human rights’ groups focus on Israel, this can be explained rather easily, it’s anti-Semitism. KGS

The Executive Council of Australian Jewry has released a statement voicing concern about Nazi/Holocaust analogies being used by both sides of the debate on boycott, divestment and sanctions against Israel…notably public statements on the campaign against the Max Brenner Chocolate stores.

Criticism of the BDS Campaign 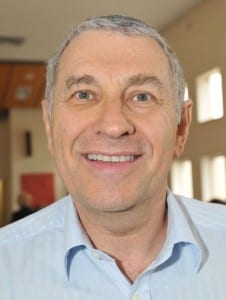 There has been widespread criticism of the recent BDS protests against Max Brenner outlets in Sydney and Melbourne.  The criticism has come not only from Labor and Coalition members of parliament, Federal and State, but also from some of their Greens colleagues.   The ECAJ thanks all of them for their efforts in opposing and speaking out against the Australian arm of the global BDS campaign against Israel.

The Max Brenner chain is a legitimate, privately owned business that operates in accordance with Australian law.  It provides employment to approximately 750 Australian workers and pays taxes that contribute to the public revenue.  Its alleged ‘crime’ is to be connected in some way to a company that supplies chocolate and other food products to the Israeli army.

Recently, the Australian Competition and Consumer Commission (ACCC) was asked by the Victorian government, with the near unanimous support of the Australian Senate (excluding the Greens), whether the BDS campaign against Max Brenner outlets constitutes a secondary boycott in contravention of section 45D of the Competition and Consumer Act 2010.  The ACCC concluded that thus far there has been no contravention because the BDS campaign is unlikely to have had the effect of causing substantial loss or damage to the business of Max Brenner, as would be required to constitute a breach of section 45D.

Whilst in some respects that conclusion is disappointing, it highlights how ineffectual and unsuccessful the BDS campaign has been in persuading the Australian public not to patronise Max Brenner shops.  Indeed, the BDS campaign has, if anything, succeeded in alienating broader public opinion in Australia and engendering sympathy and support for the target businesses.