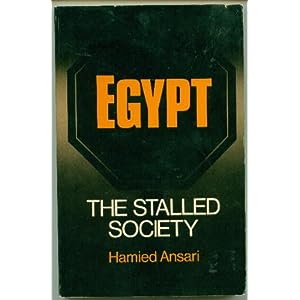 In the wake of Mubarak’s resignation, amidst the ongoing Egyptian unrest, it is worth recalling what became known as the “Kamshish Affair” from April, 1966 (following the assassination of peasant leader Salah Husain Maqlad), and its aftermath. The events of that era offer insights—mostly unchanged, 45 years later—that provide lasting insights into the political, social, and economic development of Egypt.

During March 1965, Gamal Abdel Nasser accompanied by Che Guevarra visited Kamshish a small village in the heart of the Nile Delta, some 40 miles north of Cairo. As described in Egypt, The Stalled Society,

Banners were hoisted and the solemn proclamation that “the revolution of Kamshish greets the leader of the mother revolution” was posted at the village gate. Nasser and Che Guevara were serenaded with folk songs that told the saga of the village struggle against feudalism and how the feudalists tried to isolate the leader from the peasant masses.

Kamshish thus became an iconic “Mecca” for the Left, to which not only Che Guevara, but other luminaries of the Left including Sartre and Simone de Beauvoir, paid tribute. The village was ostensibly on the threshold of a socialist revolution, presumably destined to engulf the entire country. However, the anticipated “revolution” never materialized—despite the Nasserist governments creation of the self-explanatory “Higher Committee for the Liquidation of Feudalism.” And Nasser was subsequently replaced by Anwar Sadat, who released Nasser’s sworn enemies, most notably the Ikhwan, or Muslim Brotherhood. Sadat even allowed the Muslim Brotherhood to reorganize and publish its journal, Al-Da’wa. Egypt, The Stalled Society concluded (in 1986), regarding the Muslim Brotherhood,

Despite denials, the history of the Ikhwan remains inextricably intertwined with past violence and political assassinations in Egypt.