So, nothing has changed, except that the radical Leftist Norwegian government is now taking its anti-Israel show abroad. KGS 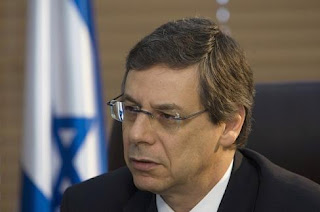 Deputy Foreign Minister Danny Ayalon in a meeting with Norwegian parliament members :  “such activity pushes away the chance for reconciliation and encourages a radicalization in the Palestinian stand which prevents them from compromising.“

Israel: Norway inciting against us

According to reports received by the Foreign Ministry in Jerusalem, the Trondheim Municipality is funding a trip to New York for students taking part in the “Gaza Monologues” play, which “deals with the suffering of children in Gaza as a result of the Israeli occupation.”

The play, written by a Palestinian from Gaza, will be presented at the United Nations headquarters. It joins an exhibition by a Norwegian artists displayed in Damascus, Beirut, and Amman, with the help of Norway’s embassies in Syria, Lebanon, and Jordan.

The exhibition shows killed Palestinian babies next to Israel Defense Forces helmets, which are reminiscent of Nazi soldiers’ helmets, and an Israeli flag drenched in blood.

The Norwegians are also helping the distribution of a documentary film called “Tears of Gaza” to festivals across the world. According to the Foreign Ministry, the film deals with the suffering of Gaza’s children as well, without mentioning Hamas, the rockets fired at Israel, and Israel’s right to defend itself.

The Israeli Embassy in Norway strongly protested the authorities’ involvement in Israel’s demonization. “The open and official Norwegian policy talks about understanding and reconciliation,” a senior Israeli official said Sunday evening, “but ever since the war in Gaza, Norway has become a superpower in terms of exporting multimedia aimed at de-legitimizing Israel, while using the Norwegian taxpayer funds for creating and transporting this multimedia.”

G&F: It’s great that our propaganda book is still a hit item, thanks to the Norwegian gov’t for helping to foot the bill!