Skip to content
Home
/
2010
/
November
/
12
/
Uncategorized
/
VIDEO OF IDF SOLDIERS BLOWING UP HOUSES IN GAZA TRIES TO CAUSE INTERNATIONAL STIR…….
Facebook
Twitter
Google+
LinkedIn
Pinterest
THE CULT OF THE ISRAELI HARD LEFT
IS AT IT ONCE AGAIN….. 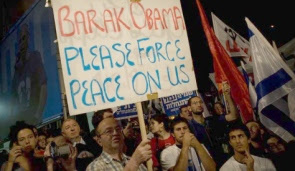 When these cultist are not busy advocating national suicide
they’re busy seeking ways to delegitimize the Jewish state
There is always some Leftist anti-Israel cultist trying to cause an international incident over anything an Israeli soldier does, appears to do, or doesn’t do at all. Nine times out of ten the “gotcha moment” is all about perception, not fact, but that’s all that’s needed for these people, who have an intense desire and need to demonize the Jewish state for their own ideological, “cultist” reasons.
These cultists live in hope to obtain that “special footage” that will not only demonize Israel, but will make themselves into “rock stars” over night, to be then worshipped by their fellow cultists around the world. It’s a mental sickness that’s in desperate need of a proper medical diagnosis.
They belong to the Leftist Cult of Anti-Israel Activism, their creed is not about humanitarianism or human rights, but about ending what they deem as the last bastion of Western imperialism, Israel. In short, they’re fake humanitarians with a passion for genocide.
So here is the next “gotcha incident” being disseminated by Ma’an News, through the help of one of these cultists who obtained it from a fellow traveller in the IDF. It’s crap like this that helps stir the pot of anti-Israel sentiment on a continual basis. KGS
NOTE: A Tundra Tabloids’ source familiar with IDF military ops and detonations says: “By the size of the secondary explosions these seem to be clear military targets – houses filled with arms and weapons. If a civilian home is hit you don’t have anything like that.”