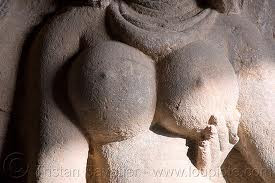 
Right-wing politician would follow Dutch model to highlight country’s open-mindedness
Can’t bear bare breasts? Then Denmark might not be the place for you, according to Peter Skaarup, foreign policy spokesman of the Danish People’s party.
According to Skaarup, a documentary film about Denmark, which forms part of the immigration test for foreigners, lacks breasts. He claims that showing topless women in the film will help promote Danish open-mindedness and may even prevent extremists from coming to the country.
“A similar documentary in Holland shows bare breasts, and I think we should follow their example, Skaarup told Berlingske Tidende newspaper.
“It is of course a bit tongue-in-cheek, but there is an element of seriousness to it too: by including topless bathing in a documentary about Denmark, we can highlight our open-mindedness and our rights to dress – or undress – as we please.”