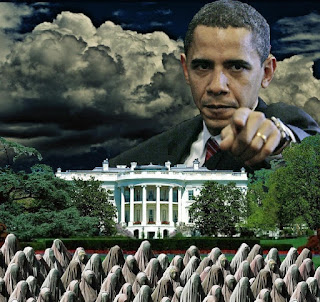 The Tundra Tabloids take the position that Obama and his administration have never taken up the discussion of the burka nor the niqab, and that if Hillary Clinton is using the moment as a trial balloon, she’ll soon realize -after it lands with a thud- that it’s not on Obama’s to do list, destroying the US economy presently takes up all his time and attention. KGS
NOTE: It’s nice to see Chesler over at the Gates of Vienna though. She brings a lot of experience insight to the discussion table concerning these oppressive garments.

Is the Obama administration ready to consider banning the burqa in America-as France and Belgium have done?

I wasn’t there, I can’t be sure exactly what Secretary of State Hillary Clinton said the other day in Melbourne, Australia but the reportage sure had me sit up and take notice.

According to an Australian news article titled “The Burqa Ban Has Merit,” Clinton said that “the belief that burqas should be banned in order to stop suicide bombers disguising themselves is a legitimate one,” and she also described the status of women as ‘one of the biggest pieces of unfinished business in this century.’ and said their persecution was a common factor in repressed and impoverished nations.” Secretary of State Clinton went on to say:

‘‘I know that in Pakistan, many of the men who are conducting suicide bombing missions arrive covered in a burqa,’’ and ‘‘If you’re a Pakistani police officer, respectful of the women of your culture and that’s being abused and misused by the suicide terrorists, that causes a real dilemma. So if you are looking at other countries that are understandably nervous about extremist activity, like France and other European countries, I think it’s a close question.’’