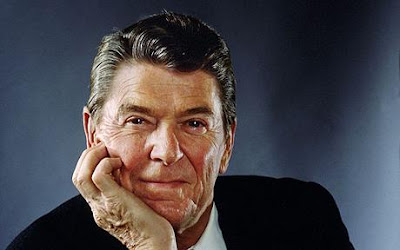 RONALD REAGAN:
“It’s not that Leftists are ignorant,
it’s that they know so much that isn’t so”
This should send a chill up everyone’s spine, this video captures the mindset of Democrat base that have been so corrupted, so whacked out of shape that they no longer represent the ideal and vision of the Founding Fathers of the United States found in the Declaration of Independence, the Constitution and the Bill of Rights. They are for the most part, (their mindset) a foreign entity that stands to further rip America away from its foundations. They have to be stopped. Today, on November 2nd.
The products of the Democrat-socialist wing’s mind meld, no doubt many here were introduced to socialism on the college campuses where their well meaning parents sent them.

NOTE: Socialism has been the most destructive ideology, thus far, that the world has known to date. It is solely responsible for the deaths of hundreds of millions of people over the last century, with the overwhelming majority having died at the hands of their own governments, but also the dehumanization of the individual, as well as the stripping of the parent from the child, and placing the citizen at the mercy of the state.
These idiots voicing their support for an ideology that has caused wreck and ruin every where it’s been tried, show why the sound education of every new generation is paramount in keeping the ideals of the Founding Fathers alive. Socialism is an anathema to everything that America stands for, which was/still is built upon the logic that the individual, through hard work and mastery over his/her own fate, will always be wiser than a small clique of temporary bureaucrats in Washington.
Socialism is nothing more than an effort to nationalize the means of production, and redistribution of wealth the means by which income is to be “equalized”. It’s a brazen act of thievery, robbing people of their livelihood in an attempt to even the playing field, but always for the masses, never for the elite running the show. One of the biggest lies of Socialism is that it’s there to protect the little guy from the “robber baron”, when in fact, the robber barons become the self anointed elite well positioned to manage the welfare state.
It’s not by accident that in each and every state behind the “Iron Curtain” during the Cold War, there existed (and still exist in Cuba, N.Korea, Vietnam, and in China) a high caste of leaders that live the good life, while the “proletariate” eek out an existence the best way they can. They do so because socialist dogma demands it, there are the rulers, and the people to be ruled, socialism is nothing more than a reactionary ideology to capitalism, that seeks to return the society back to existing norms predating the industrial revolution.