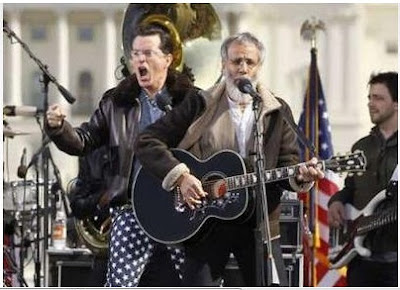 Yusuf Islam (formerly Cat Stevens) belts out his taqiyya:
“Everyone jump on the dhimmitude train”
Yususf Islam successfully removed from Youtube all the videos which captured his being in agreement with the statement that Salman Rushdie must die, and that if an effigy of the him were burning in which he was participating, he wished it would be the real thing. But fortunately, Ed Driscoll over at Pajamas Media has the video.

Kitman uploads this youtube of it, lets see how long it lasts.

Robertson: You don’t think that this man deserves to die?

Robertson: And do you have a duty to be his executioner?

Y. Islam: Uh, no, not necessarily, unless we were in an Islamic state and I was ordered by a judge or by the authority to carry out such an act – perhaps, yes.

[Some minutes later, Robertson on the subject of a protest where an effigy of the author is to be burned]

Robertson: Would you be part of that protest, Yusuf Islam, would you go to a demonstration where you knew that an effigy was going to be burned?

Y. Islam: I would have hoped that it’d be the real thing

Leftards obviously don’t realize that Yusuf Islam would like for nothing better than to see the guy on his right, Ozzie Osborn, burn as well. The irony of it all is hilarious, this guy hates everything the Left supposedly stands for, yet they’re celebrating this fundamentalist 7th century throwback, whose ideology is as anti-liberal as Osama Bin-Laden’s, on the Capital’s front lawn. KGS 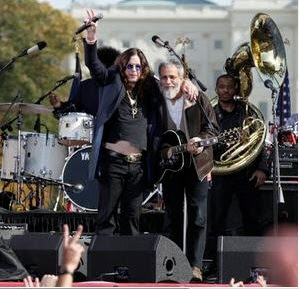 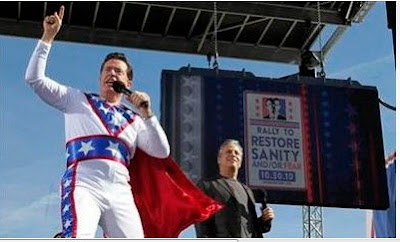 Maroons and Loons
NOTE: Why any sane person would vote for a Democrat in this day and age is beyond me.