Skip to content
Home
/
2010
/
October
/
31
/
Uncategorized
/
ANDY BOSTOM: THE DECONSTRUCTION OF REUEL GERECHT’S UNINFORMED PIETIES…….
Facebook
Twitter
Google+
LinkedIn
Pinterest
We all should be very grateful that Andy Bostom, a good friend of the Tundra Tabloids, is on our side. The man is a scholar who pulls no punches, placing all that he knows and discovers on line, and then quietly, begs for anyone to dare disagree with his findings. Personally, the TT believes that nothing would please Andy better than to have one of his peers, or even someone from the media, to publicly disagree with him, for it would grant him the golden opportunity to unleash, yet, even more material that he has waiting on file to use.
In this next piece by Bostom, he takes on the verbal gymnastics of “analyst Reuel Mark Gerecht, who believes that those condemning the Sharia, Islamic Law, are in fact demonizing the Islamic legal code, all the while admitting that the Sharia is something that no Westerner would ever find palatable, let alone wanting to live under. It shows just how ideologically driven Gerecht is, knowing full well how untenable the Sharia is, yet striving to defend it from proper ridicule. KGS 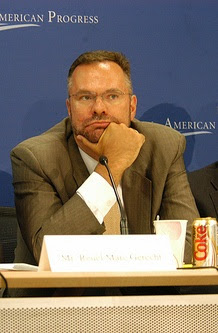 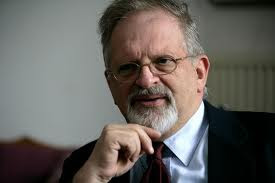 Holy Error—Educating Reuel Gerecht on Islam and the Sharia

Analyst Reuel Mark Gerecht, in a recent New Republic essay, condemned those who “demonized” Sharia—Islamic Law—despite conceding that the application of what he refers to deferentially as Islam’s “Holy Law,”