One of the more stupid op-eds that the Tundra Tabloids has come across in a long time, and merits a bit of a response. First, read the portion I picked. 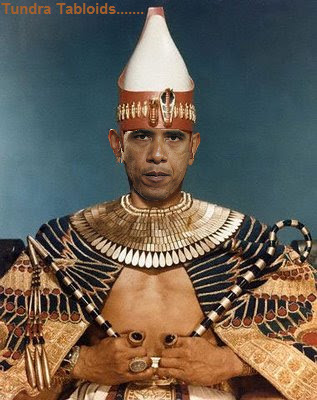 “I recall this humorous occasion at this time as all sorts of doomsayers are rejoicing at the American president’s downfall. In the upcoming November elections, he may “lose his shirt.” His Democratic Party is helpless and vulnerable in the face of the polls. Look at that, Obama’s objectors around here say, Democratic candidates asked the president not to visit their districts, lest his appearance harm them.

Well, as Mark Twain said once upon a time, “rumors of my demise are greatly exaggerated.” This is true in respect to the Israeli eulogies and joy at Obama’s decline. Policy-makers and Obama objectors around here should keep the following in mind: Even a beaten, defeated president is still the US president, and at worst he still has more than two years in office (personally, I believe that he will be serving for another six years.)

Our global status at risk

Should a bruised, hurting president think for a moment that his actions on the Mideastern front undermined him and prompted his defeat (which isn’t true,) he may tell himself and his advisors what many in America have been saying – I’m fed up with the Israelis, with the Arabs, and with the conflict. The US president is just a human being, and he is sensitive and vulnerable, so even though “taking revenge” against Israel contradicts fundamental, longtime American policy, he may be in bad spirits, and the results may be disastrous for us.”

Eitan Haber shows a glaring lack of understanding over the rise and demise of this radical president, whose slick PR campaign masked the true agenda, which was and still is, to radically change the political, social and economic structure of America. While Obama would more than likely welcome a 2nd term, getting a 2nd term has never been his goal, doing enough damage economically by attacking the middle class, as well as changing the historical relationship between the people and their government, has been his goal from the very beginning of his presidency.
The overwhelming majority of US citizens are reacting to his over reaching policies, and are intent on sending sound, fiscally responsible candidates to Congress, of whom the overwhelming majority of these candidates are proven pro-Israel voices, and stand to place checks and balances on the president’s plans over the next two years. While not every candidate can pass the 100% check list for some, whether by sheer ignorance or otherwise, what’s right with them far surpasses anything a Democrat can muster. That’s the fact of the matter.
Twisted Logic
It remains to be seen however, whether Obama can squeak out another therm, but one has to ask, would a vengeful Obama (with a Republican majority congress) be more dangerous to Israel in the next two years than a resurgent Obama who believes he’s been given another mandate and the right to plague the Jewish state for another six? Haber is completely delusional in his understanding of this president. The ignorance of the man is simply stunning.
Why would he warn about defeating Obama, a man he himself believes can not be trusted, ” so even though “taking revenge” against Israel contradicts fundamental, longtime American policy, he may be in bad spirits, and the results may be disastrous for us.” in the vain hope that Obama will be kinder to Israel later on? Every Israeli who has relatives and/or friends living  in the US, should be on the phone calling them up to ask them to vote for candidates in their districts who are strong, conservative constitutionalists with good firm statements of support for Israel.
The US needs to put a crimp on both this rogue president and his rogue congress, thereby giving themselves time to defund his socialist projects and policies, scale back his government and as a side reward, negate any future attempt to stick it to Israel. That’s where the Tundra Tabloids stands on this issue. KGS